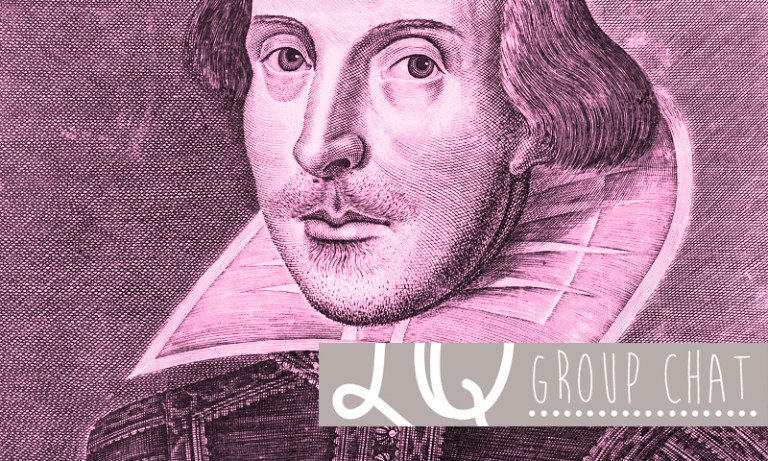 It’s kind of hard to believe that it has been 400 years since Shakespeare passed away, leaving behind the most iconic tales of the modern age, which have shaped storytelling for centuries afterward. 400 years, and we still use his coined expressions such as “break the ice” and “dead as a doornail.” He’s even added to the English lexicon by creating words such as, “gloomy,” “fashionable,” and “eyeball.” Seriously, without Shakespeare, what would we call those things we see with? Eyes?! That’s just boring.

So, the contributors at LQ would like to pay homage to The Bard by discussing their favorite Shakespeare plays.

My favorite Shakespeare play is A Midsummer Night’s Dream. It combines whimsy and comedy in such an entertaining way. I love the confusion, the mishaps, the agony of unrequited love, the joy of finally finding love–all of it is in this lighthearted, magical play. Not only is the writing hilarious, but the setting and fairy characters allow for theater companies to create gorgeous interpretations of the sets and costumes.

To choose a favorite Shakespeare play is a bit daunting, but I’m going to select Twelfth Night. A comedy it’s true, but I feel Shakespeare’s comedies are so much more approachable. I saw an adaptation of this early in my life as part of an Odyssey of the Mind presentation and fell in love with the story. Add in the movie “She’s the Man” and I was hooked. Looking back on it now, I imagine the mischief my husband and his twin brother could get into changing identities and whatnot. Plus, who hasn’t imagined being shipwrecked on a beautiful island, involved in an elaborate revenge plot and marrying a Duke?

Hamlet would have to be my favorite Shakespeare play followed closely by A Midsummer Night’s Dream. Hamlet is such an intriguing character due to his turbulent emotional state when the play begins: a young prince grieving. But the real reason I love Hamlet is Ophelia. She’s the overlooked victim of Hamlet’s self-obsessive grief who sends her into madness and eventual death. The play is powerful, profound, contemplative, horrific, and bloody…everything you need for a tragedy.

The Taming of the Shrew is my favorite Shakespeare play. It’s hilarious! Yes, it features some really terrible themes about female submissiveness and women’s roles, but the jokes are some of my favorites in all of Shakespeare. But then there are these lovelier moments:

“My tongue will tell the anger of my heart, or else my heart concealing it will break.”

The two strong-willed main characters hate each other and are in this sort of competition, but end up falling in love, which of course is a super fun love story. Also, I’m a large fan of 10 Things I Hate About You, which is based on the play.

Whit beat me to it but there’s no way I can avoid a repeat because Midsummer Night’s Dream is also my favorite Shakespeare play. It takes place in the woods, it has fairies and donkeys and genderbending–what’s not to love? Puck/Robin is my favorite character of any Shakespeare play. Their [sic] innocence and wisdom are profound. The show makes me laugh, the whole farce is incredibly silly and I love silly. I’ve never been attracted to ole Will’s dramas–his comedies are far more appealing to me. Much Ado About Nothing is a close second, admittedly because of Kenneth Branagh and Emma Thompson.

The comedies of Shakespeare appear to be the winners in this discussion, but what about our readers? We would love to here what Shakespearean play made the biggest impression on you.