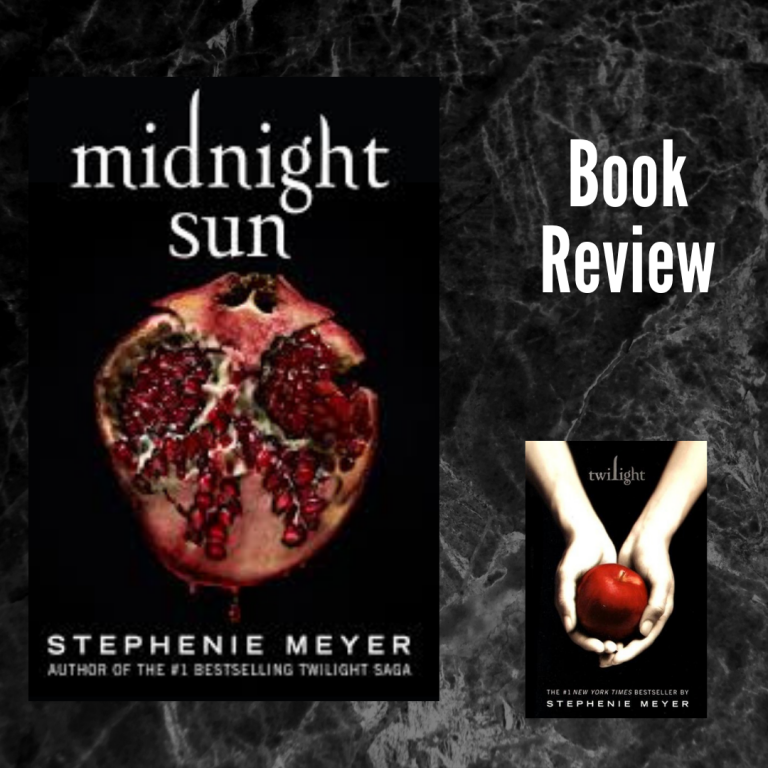 Welcome to my Nostalgic/New Review series! In this series of reviews, I revisit the books and authors that were influential in my teen and young adult years. 2020 has been a big year for publishing “blasts from the past!”

Previously, I reviewed The Ballad of Songbirds and Snakes by Suzanne Collins. This time, we have yet another infamous male protagonist. It’s everyone’s favorite love-to-hate vampire, Edward Cullen in Stephanie Meyer’s long awaited novel, Midnight Sun!

Blast from the Past

I think anyone around my age can agree, Twilight was published at “such a time” in our lives. I was in high school myself when Twilight-mania first struck. While I never was a true “Twihard”,  I nevertheless was swept up in the excitement – particularly once the first movie was released in 2008. For me, it marked a time in my personal history that seemed simpler. I remember particularly loving the rainy, green setting of Forks. Cozy is the word that comes to mind. It is ridiculous and overly melodramatic. And yet, when I think of Twilight, all sorts of fond memories come flooding back.

This will be much more casual a summary then usual! In a nutshell, Midnight Sun is Twilight – but from Edward Cullen’s perspective. If you are reading this and do not know the plot of Twilight at this point…Google is happy to assist! I will add, however, that the Edward version of Twilight does contain more flashbacks to his past. We also get a few more “bonus” scenes between Edward and Bella.

After re-reading Twilight this year, I don’t think it quite deserves the level of disdain it often receives. Perhaps this is because I am not bothered by the liberties Meyer took with the vampire mythos. Sparkle-in-the-sun, baseball-playing vamps has never bothered me.

Nevertheless, there is no doubt that Twilight has its flaws. Since the spotlight is on our boy Edward, we will focus on him in particular. Ever since Twilight first became popular, many have labeled Edward as being a stalker and manipulative. I would also like to add, as a character, he is kind of two-dimensional. Creepy, perfect, omnipotent, arrogant, possessive – that about sums him up. There are hints that suggest there is more to him, and certainly we get plenty of his brooding about being a monster/not good for Bella, but that is about it. He is too cryptic and mysterious, to the point where he is too much of an enigma to be an interesting or sympathetic character.

So, the big question. Does Midnight Sun solve the Edward dilemma?

In Midnight Sun, we get to see something we have never seen before: a vulnerable Edward Cullen. Which basically translates to brooding: the unabridged edition. Nevertheless, I found myself appreciating his story arc. Here is why: The conflicts in Twilight (aka Bella’s story) are mainly external, i.e. her fear of losing Edward and baddie vampires out to get her, but Edward’s demons are almost exclusively internal. His struggle is between two conflicting parts of him. On one hand, the monster who thirsts for Bella’s blood, and on the other, the seventeen-year-old boy who is experiencing first love.

I realize I may just be projecting my own hopes on this story. However, I think you could argue that one of the things Edward desires the most, is to be human again, or at least be able to reclaim his humanity. What continues to draw him to Bella (besides her delicious blood that is!), is her total plain-Jane human-ness. Also interesting – in Twilight, Bella wants to become a vampire, she feels like she is on the outside of Edward’s world and is essentially powerless next to him. From Edward’s perspective, the roles are reversed, he is the “other” wanting in on her world, and she holds the power to accept or reject him.

This book is an enjoyable read, though coming in at over 150 pages longer then Twilight, a bit long. Since Twilight’s heyday, it seems that Meyer has been defending her story and characters from the haters. Her book Life and Death, the Twilight re-telling that reversed genders (boy “Bella” and girl “Edward”) appeared to be out to prove that the story worked either way. Midnight Sun likewise attempts to cast Edward in a more favorable and complex light – as well as some of her other characters and concepts. I think, this time, she was successful to some degree. I think what could have made this book even better would have been more of a focus on a pre-Twilight Edward. We already know Twilight, give us more of what we don’t know. Overall though,  this book was a good time! 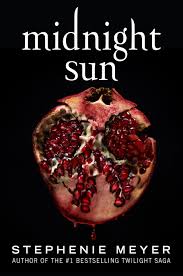