Book vs. Movie: The Circle 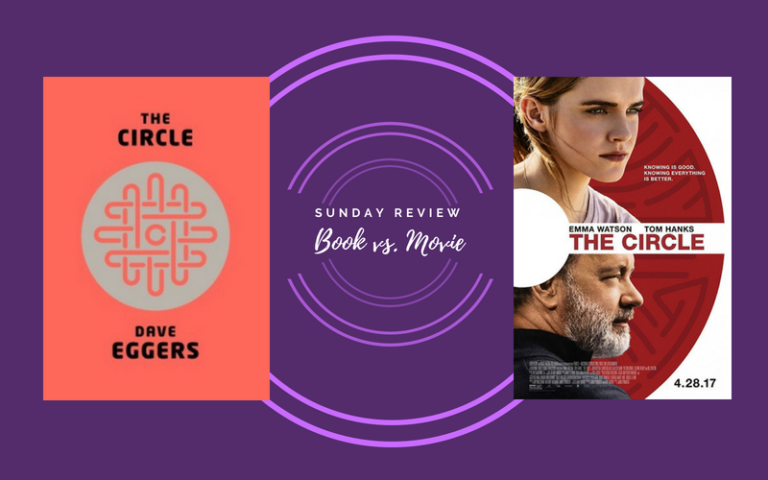 I picked up The Circle by Dave Eggers at the end of 2017, because I really wanted to see the movie. I have this rule that I won’t watch a show or movie until I have read the book. This rule helps me keep out any preconceived notions of characters while I’m reading. Otherwise, I find my imagination doesn’t get the same “workout”. Do you have a rule like this? Let me know in the comments!

In quick summary, The Circle is (IMO) a fascinating dystopian novel. It tells the story of what happens when we combine monopoly with our current frantic progression towards transparency, especially in social media circles. Basically “The Circle” is a large company akin to Facebook/Google that has become entrenched into the societal experience. Our protagonist Mae gets hired as a Customer Experience employee, and as she strives to be successful at her job, gets sucked into the progression of the company.

I did really enjoy the changes in Mae as she becomes increasingly entrenched in the world of The Circle. I did find a few things not so great about this story (Mr. Eggers, you know nothing about women and sex, and those parts of the books were a HUGE letdown), but overall the premise of the book carries it through to the end. I did feel that the novel’s 5-page wrap up was a bit short, but perhaps I was a little carried away myself. This was a VERY quick read for me – I found myself flipping pages so fast that I was surprised at how far through the book I was after sitting for what felt like 15 minutes.

Definitely a great read for those of us that need a little reminder now and then to just put down the phone, get in a kayak, and for the love of all things private and peaceful, don’t put it on Instagram.

First of all, as much as I’m not a super-fan of Emma Watson as Belle (#unpopularopinion), I think she was the right move for Mae. The movie translation of The Circle had some pretty stellar cast choices, which I think really helped. With Watson at the helm and surrounded by Tom Hanks, John Boyega, Bill Paxton, Patton Oswalt, and my GIRL Karen Gillan, this movie should have been a HUGE hit.

Unfortunately, this movie was somewhat of a flop at the box office. Spending over $18M and grossing just over $20M, IMDB shows this movie as a 5.3/10 as rated by viewers. For whatever reason, the book didn’t translate well. Making matters far worse, the film managed to alienate Eggers fans by completely destroying the plot and pulling a 180 on the ending. Sorry Hollywood but that is my GREATEST PET PEEVE in movie making. In this case, the film Mae manages to singlehandedly turn the direction of the company around, filling us with hopefulness. But the whole point of the story is to warn us of the implications of freedom and technology! The novel absorbs us in a frog-boiling bath until it’s too late. I ended up feeling cheated by the movie, and felt like the whole production was an “easy out”. I’m also definitely not the only one; Kaitlin Reilly from Refinery29 has an awesome article about her feelings on it as well.

In summary, though the movie really tries hard, the 5-star cast just couldn’t make up for the fact that they changed the ending. The book wins, and honestly, I would suggest a pass on the movie. But if you have read the novel or watched the film, please let me know what you thought below!

I’ll never understand why Hollywood drastically changes the endings when they make the movie version. If you don’t like the plot, why even use that source material??? Anyway, you’ve convinced me to read the book at least! It’s been sitting in a pile for a while, so I’ll bump it up the list.

[…] mentioned in my last review of The Circle that it had an all-star cast. And for an indie film, #iamnotwrong. But Murder on The Orient […]

[…] sucked in to INN, and I found myself wondering if this was going to be a repeat of Eggers’ The Circle. Instead, the book focuses on the difficulties that women face in the […]