Book vs. Movie: Murder on the Orient Express 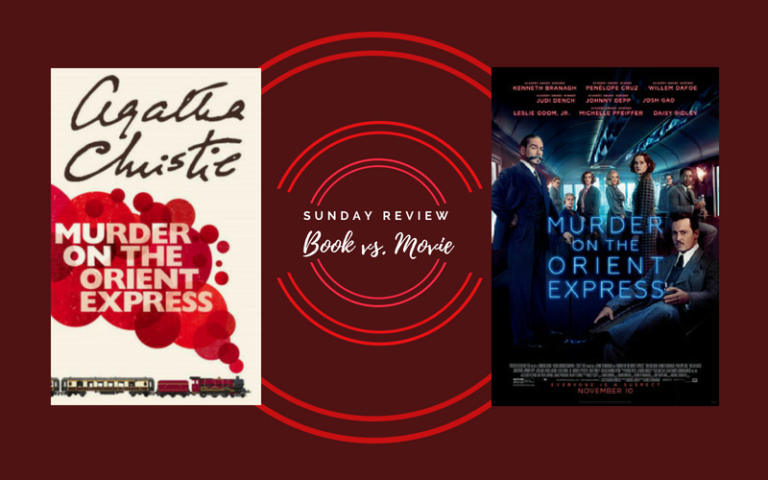 When the trailer for Murder on the Orient Express emerged in 2017, I knew I was going to be all over it. The boyfriend and I scheduled a “movie day” with his mom, who is a huge crime reader (and a lovely woman) and I crash-read this little novel in about a day in preparation.

I loved Mr. Poirot. It was my first Christie novel, so I was thoroughly entertained through and through, and I only really got to the “trick” of it near the end reveal. Also being at a disadvantage due to not knowing Hercule Poirot, I did question the doctor and M. Bouc. **Spoiler (not really): you can take them out of the suspect list and carry on. I will most certainly be reading more of this darling series – they make for great Sunday afternoon or vacation books since you can whip through them so quickly. I gave it 4 stars on Goodreads.

First of all, I have to congratulate the PR team for this movie. The images are beautiful (actually, film crew, set/costume crew, and special effects get a nod at this time too, those were excellent in this movie) and they made it a must-watch film for a snowy day.

I mentioned in my last review of The Circle that it had an all-star cast. And for an indie film, #iamnotwrong. But Murder on The Orient Express absolutely DWARFS it. With Kenneth Branaugh (director and lead Hercule Poirot) at the helm, the cast includes names such as Daisy Ridley, Leslie Odom Jr., Penélope Cruz, Josh Gad, Johnny Depp, Michelle Pfeiffer, JUDI DENCH, and Willem Dafoe.

The film stayed true-to-book, which I very much appreciated. However, somehow the film comes off as a wee bit.. farcical? Christie’s novel comes off as being quick, witty, and dramatic. In contrast, the movie version just falls a little more flat. I am not alone in this thought; both the Atlantic and the New Yorker gave it similar reviews. Deeming the film “self indulgent” and “unnecessary” is in my opinion somewhat harsh, as I think it would be thoroughly enjoyed by a non-reader.

Summary: Murder on the Orient Express

Most of LQ readers are (thank goodness) bookish people who appreciate a good translation of novel to screen. If you haven’t read a Christie, Murder on the Orient Express is a great introduction. And actually, even if you skip the book, the movie is pretty good too (although you may want to wait for a snowy afternoon instead of a summer day!). Overall, I would say that the succinct style of the book wins this head-to-head. But see for yourself, or let me know what you thought!