Literary Crushes: The Characters You Can’t Help but Love 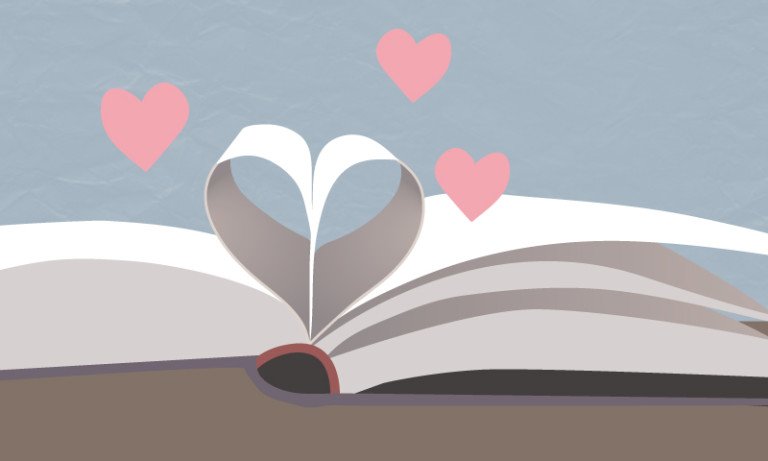 Here it is: the Valentine’s Day Edition of Literary Quicksand. I’m not really a Valentine’s Day kind of gal. I definitely don’t need an excuse to eat a box of chocolates, and restaurants are booked solid while greeting card companies push cards, cheap stuffed animals, and flowers onto unsuspecting victims. When it comes to Valentine’s Day, I just prefer to stay in with a good book.

But, since it is Valentine’s Day, I thought I’d at least be somewhat festive. This article focuses on something avid readers fall prey to from time to time: the literary crush. Over the course of my life, I’ve developed crushes on many a person, be they real or imaginary, and the following imaginary characters have stolen my heart:

Sherlock Holmes (A Study in Scarlet by Sir Arthur Conan Doyle): Have you ever read A Study in Scarlet? Well, if you haven’t you should, cause damn, there’s nothing hotter than a smart guy that can solve mysteries and play a mean violin. A Study in Scarlet follows the beginnings of Holmes and Watson’s adventures, and they’re younger than in their subsequent stories. There is just something about Holmes’s overly analytical mind and cool nature that draws you in. Would a long-term relationship be feasible? Probably not. He cares more about the powers of observation than relationships, but if anything, that just makes him more compelling.

Elizabeth Bennett (Pride and Prejudice by Jane Austen): Forget about Mr. Darcy. Sure, I’m glad that he and Elizabeth live happily ever after in the end, but let’s face it, he kind of starts out (and continues on for quite some time) as a prick. But Elizabeth? She’s loveable all the way through the novel, charming and witty with a level head and the ability to live true to herself. She had the spunk to walk all the way to the Bingley’s estate to see her ill sister, and in doing so, walked right into our hearts.

Cassidy (Preacher by Garth Ennis and Steve Dillon): This selection comes from a graphic novel. Cassidy is a morally ambiguous Irish vampire with scary eyes. Why am I attracted to this? I have no idea. Maybe it’s his devil-may-care attitude. Maybe it’s the whole Irish vampire thing. Who knows? But, even when he was being a jerk or a coward, I was still kind of routing for him.

Maxim de Winter (Rebecca by Daphne du Maurier): Ok, so I have a type. I like my characters to brood, and no one broods quite like Maxim de Winter. The entire novel, he’s distant and complicated, and holds a deep dark secret. In all truthfulness, if I actually had a relationship with this guy, I would have kicked him to the curb pretty fast for not standing up for me when crazy Mrs. Danvers started wreaking havoc on my life. But, in the confines of a novel, his distant air only makes him more attractive. His money and grand estate doesn’t hurt him either.

Ellen Olenska (The Age of Innocence by Edith Wharton): Ellen Olenska was way too good for Newland Archer, and I am actually surprised she saw anything in him. She’s worldly and smart, and she has no issues defying the ridiculous rules of her society. She extracted herself from a bad marriage and didn’t go into hiding due to its scandal. She goes out into the world saying, “This is me. Deal with it!” Even her fashion sense is awesome. She’s the ultimate literary hottie.

So there’s my list of literary crushes, just in time for Valentine’s Day. What are yours? Are you team Edward AND team Jacob? Are you all about Bella? Comment below and share!

I had a long-standing crush on Holden Caulfield. I’m mostly over that love-of-angst…but there’s still always a little something about him for me. I also have a girl crush on Hermione Granger. And, if I’m being honest, Gale Hawthorne…dark and mysterious.

I love strong, independent, and formidable female characters and I have probably spent too much of my life living vicariously through their stories. They’re are many whom I’ve loved and one in particular stands out to me. Fleur Pillager, Louise Erdrich’s character from the novel Tracks. I was moved deeply by her strength of character and her avenging spirit. I wanted to be like her, or at least get a chance to tag along with her on her journey.

Ever since I saw the Sherlock TV show starring Benedict Cumberbatch I’ve had a major crush on that character. Swoon.