Review: I’ll Be Your Blue Sky 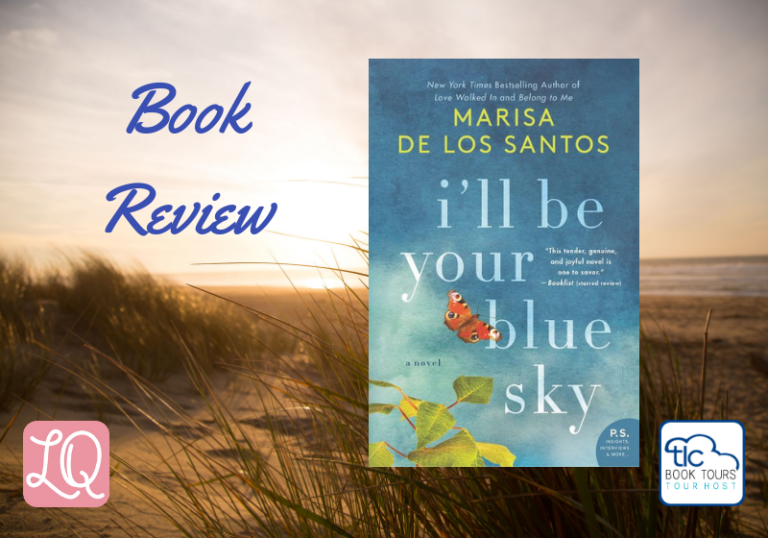 I’ll Be Your Blue Sky is a story of love and safety. This isn’t the first time that LQ has reviewed this book; Becky reviewed the hardcover release this March when it first came out. So thanks to TLC Book Tours for both copies!!

The book opens in preparation for Clare’s wedding, which she is struggling to go through with. In conversation with an elderly stranger, Edith, Clare determines that she should leave her possessive, obsessive fiancé Zack, and the story unfolds from there. Mere weeks later, Edith leaves Clare an oceanside home in Antioch, and the young woman escapes to “Blue Sky House” to find herself again.

I do enjoy a “chick lit” book with more to say than just love and romance. I’ll Be Your Blue Sky is a good one for that; it merges together “meant to be” with “you can choose your family”. I also liked that there was a theme of refuge, and I think that this added a lot of depth to what could have been a pretty shallow story. The love interest of Clare is Dev, a handsome and practically perfect one-dimensional man. Similarly, Edith’s husband Joseph is ever-patient in his short existence, so I’m glad that Ms. de los Santos gives plenty to chew on in the imperfections and qualities of these two women.

I would definitely recommend this book as a lighter fictional read. It did take me a little while to get into the story, because the narratives switch a lot early in the story. As a result though, we do get a more balanced background, which sets the book up for a nice twist at the end. I’ll Be Your Blue Sky reads a bit like a mystery in that respect!

About I’ll Be Your Blue Sky 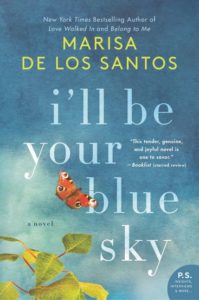 The New York Times bestselling author revisits the characters from her beloved novels Love Walked In and Belong to Me in this captivating, beautifully written drama involving family, friendship, secrets, sacrifice, courage, and true love for fans of Jojo Moyes, Elin Hilderbrand, and Nancy Thayer.

On the weekend of her wedding, Clare Hobbes meets an elderly woman named Edith Herron. During the course of a single conversation, Edith gives Clare the courage to do what she should have done months earlier: break off her engagement to her charming—yet overly possessive—fiancé.

Three weeks later, Clare learns that Edith has died—and has given her another gift. Nestled in crepe myrtle and hydrangea and perched at the marshy edge of a bay in a small seaside town in Delaware, Blue Sky House now belongs to Clare. Though the former guest house has been empty for years, Clare feels a deep connection to Edith inside its walls, which are decorated with old photographs taken by Edith and her beloved husband, Joseph.

Exploring the house, Clare finds two mysterious ledgers hidden beneath the kitchen sink. Edith, it seems, was no ordinary woman—and Blue Sky House no ordinary place. With the help of her mother, Viviana, her surrogate mother, Cornelia Brown, and her former boyfriend and best friend, Dev Tremain, Clare begins to piece together the story of Blue Sky House—a decades-old mystery more complex and tangled than she could have imagined. As she peels back the layers of Edith’s life, Clare discovers a story of dark secrets, passionate love, heartbreaking sacrifice, and incredible courage. She also makes startling discoveries about herself: where she’s come from, where she’s going, and what—and who—she loves.

Shifting between the 1950s and the present and told in the alternating voices of Edith and Clare, I’ll Be Your Blue Sky is vintage Marisa de los Santos—an emotionally evocative novel that probes the deepest recesses of the human heart and illuminates the tender connections that bind our lives. 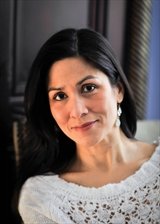 Marisa de los Santos is a New York Times bestselling author and award-winning poet with a PhD in literature and creative writing. She lives in Wilmington, Delaware, with her family.

Wednesday, December 12th: I Wish I Lived in a Library

Friday, December 21st: What Is That Book About

Review: The Candid Life of Meena Dave by...

Book Review: The Last Bookshop in London by...

Review: Jane and the Year Without a Summer...