Review: The Secret of the Irish Castle 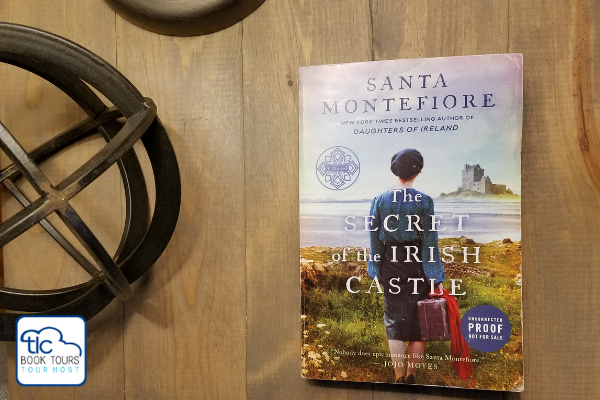 SPOILER ALERT: The Secret of the Irish Castle is part of a series. Details from prior books may be revealed in the review below.

Story: The Secret of the Irish Castle – the third book in the Deverill Chronicle trilogy features the earliest and latest generations of the Deverill family. With WWII happening around them, the Deverills are forced, yet again, to endure their so called curse and struggle onward in the face of loss. Bridie Boyle – now the Countess di Marcantonio – is still lady of the castle, but struggles to find her place while no one wants to claim her. Jack O’Leary makes his return to Ballinakelly as well, after fear of retaliation from his former mob contacts drove he and his family from New York to South America. JP Deverill and Martha Wallace are connected by a chance meeting that stirs an instant recognition in one another. Ultimately, secrets are revealed as generations of Deverills, Doyles and O’Learys find and accept their places in this world and beyond.

They had their land, their precious beautiful land overlooking the sea. In spite of the violence of war, nature flourished as it always would.

Why: Author Santa Montefiore instantly became a favorite of mine with the first book in this series, The Girl in the Castle, and did not disappoint with the sequel, The Daughters of Ireland. As soon as I knew that The Secret of the Irish Castle was available in the United States, I jumped at the chance to read it!

High gray walls now soared toward the sky where once the smoke from their modest chimney had gently wafted.

Opinion: As I expected, I loved this book! There are so many twists and turns, but Montefiore does a masterful job of connecting stories and answering questions left open at the end of The Daughters of Ireland. The writing is just as good as the first two books with the lyrical descriptions, thoughtful inner dialogue and productive character conversations. It is my opinion that Santa Montefiore is one of the best writers I’ve read in terms of matching the writing to the story, to the characters and to the moment. I’m sad this series is done, but look forward to picking up more of her work ASAP!

I do have to quickly touch on the themes of this book because the first novel focused on patriotism and the second looked at family and inheritance. For me, the overriding themes of The Secret of the Irish Castle were justice and sacrifice. So many of the characters in this book make sacrifices, and I often found myself wondering if I would have been able to make the same choice. I also questioned how many of the characters received justice in the end, or what I thought justice for them looked like. It amazes me when a talented author can create a novel that creates thought-provoking material that also entertains, and I think Montefiore does just that.

They saw their pasts in the great horizon and their loss in the flimsy wisps of cloud that were darkening now as the sun sank lower, and all their longing and disappointment flooded their hearts with an aching tenderness.

Recommendation: If you started this series, you must finish it. Read this book! If you haven’t started it yet, you should. This is a good binge-worthy trilogy too. Montefiore does not waste much text on reviewing what happened in previous books so you’ll want to keep up. Generally speaking, this is a novel for historical fiction lovers and those who enjoy family sagas. There is some adult content in this book, but I still think it would appeal to a wide audience.

“The three most powerful tools for a happy life are gratitude, forgiveness and love.”

About The Secret of the Irish Castle

1939: Peace has flourished since the Great War ended, but much has changed for the Deverill family as now a new generation is waiting in the wings to make their mark.

When Martha Wallace leaves her home in America to search for her birth mother in Dublin, she never imagines that she will completely lose her heart to the impossibly charming JP Deverill. But more surprises are in store for her after she discovers that her mother comes from the same place as JP, sealing her fate.

Bridie Doyle, now Countess di Marcantonio and mistress of Castle Deverill, is determined to make the castle she used to work in her home. But just as she begins to feel things are finally going her way, her flamboyant husband Cesare has other ideas. As his eye strays away from his wife, those close to the couple wonder if he really is who he says he is.

Kitty Deverill has come to accept her life with her husband Robert, and their two children. But then Jack O’Leary, the love of her life, returns to Ballinakelly. And this time his heart belongs elsewhere.

As long-held secrets come to light, the Deverills will have to heal old wounds and come to terms with the past if they hope to ensure their legacy for the future.

Santa Montefiore was born in England. She went to Sherborne School for Girls in Dorset and studied Spanish and Italian at Exeter University. She has written sixteen bestselling novels, which have been translated into thirty different languages and have sold more than two million copies worldwide.

Check out these other sites for more on The Secret of the Irish Castle! 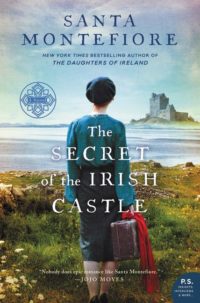