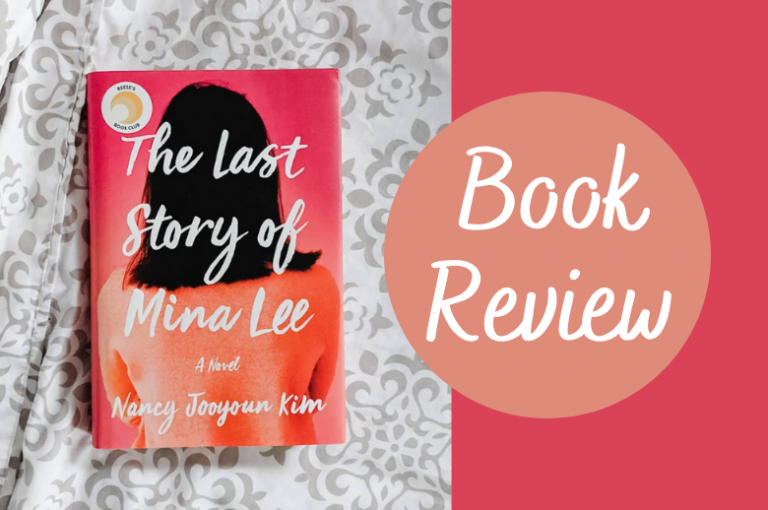 This is different for me, but I actually listened to The Last Story of Mina Lee on audiobook! I’d love to try out more audiobooks. It’s nice to be able to get something else done while reading at the same time. Anyway, read on for my thoughts on this one!

Margot Lee’s mother, Mina, isn’t returning her calls. It’s a mystery to twenty-six-year-old Margot, until she visits her childhood apartment in Koreatown, LA, and finds that her mother has suspiciously died. The discovery sends Margot digging through the past, unraveling the tenuous invisible strings that held together her single mother’s life as a Korean War orphan and an undocumented immigrant, only to realize how little she truly knew about her mother.

Interwoven with Margot’s present-day search is Mina’s story of her first year in Los Angeles as she navigates the promises and perils of the American myth of reinvention. While she’s barely earning a living by stocking shelves at a Korean grocery store, the last thing Mina ever expects is to fall in love. But that love story sets in motion a series of events that have consequences for years to come, leading up to the truth of what happened the night of her death.

This book was really unique! It was sort of a mystery along with the story of Mina, and I liked it. In preparation to write this review, I read a few of the reviews on Goodreads, and they’re pretty mixed. It seems like the primary complaint is that the book is slow, but I really didn’t feel that way! Even with the audiobook, I was captivated most of the time.

The shock of Margot finding Mina was a kick to the start of the story, and then I really enjoyed how Margot was trying to solve the mystery of her mom’s death while her mom’s story was being told simultaneously. I thought that the dual timelines here were done well and I didn’t feel like either one was really lacking in some way.

Mina’s story of why she comes to the US and her experience once she gets here is hard to read at times. It was so very hard and heartbreaking. I actually loved all the details and bits that were more character driven here. I think that’s where other readers fell off – they were expecting a captivating mystery and got something else. It really was much more about Mina’s life than the mystery of her death, which worked for me.

Overall I really liked this one. I loved how Margot’s relationship with her mother changes, even after her death. She learns so much about her mother’s past and her life as she digs, and to see Margot understanding her mother (and her motivations) more was so good. I give this one a solid 4 stars.