The Girl in the Castle by Santa Montefiore 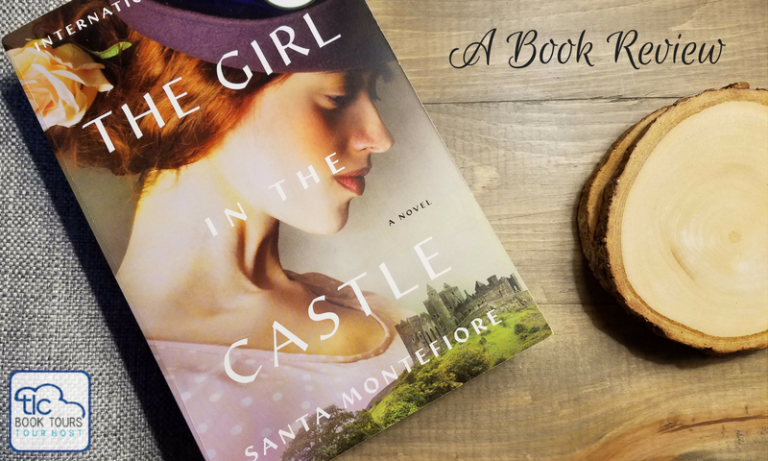 Why: If you’ve read any of my other reviews, press fast forward. Haha! The Girl in the Castle is historical fiction that blends fact and fiction. That alone probably would have been enough for me to pick up the title, however, the cover artwork is beautiful, and the story is set in a castle in Ireland so this hit a Becky-style home run! To top it off, this is the first of a trilogy by Santa Montefiore which means I didn’t have to be sad when I finished this book!

A Deverill’s castle is his kingdom.

The Story: Castle Deverill sits in the hills of West Cork, Ireland and has been home to many generations of Deverills, including Kitty. This book follows Kitty as she grows up with her friends Jack and Bridie. As working class citizens, however, Jack and Bridie live in a vastly different world, and as fighting breaks out between the Irish and British these friendships are tried and tested. Readers struggle along as Kitty fights to be loyal to herself and her loved ones – all of her loved ones.

Kitty did not recognize loneliness because it was so much part of her soul as to blend in seamlessly with the rest of her nature.

Opinion: I greatly enjoyed this book, which makes me hopeful for the second and third novels! Montefiore has what I am calling a “musical” writing style. As I got into the book, I noticed it had sections that seemed very legato and smooth and steady. Then something intense would occur and it felt as if I was reading very short, choppy, staccato paragraphs that moved quickly. Maybe it was the ballroom dance scene or the picturesque setting, but these changes of pace and tone simply felt like they created a beautiful piece of music.

I would also be remiss if I did not touch briefly on the patriotic theme running through the book. So poignant for today’s readers, Kitty is constantly being forced to define herself and those around her as Irish or Anglo-Irish. With our current challenges of stereotyping and labeling in this country, I felt extra sensitive to this conflict. Clearly not meant to be a connection to our present-day issues, this gave me a renewed appreciation for the power of deeper writing and the power it has to make us think.

Kitty was defiantly Irish. As much as she loved her grandfather, his loathing for Catholics was something she could neither understand nor condone. She had spent too much time with Bridie  and Jack to be ignorant of the true state of Ireland’s poor and the perfectly understandable reasons the nationalists had for wanting to govern themselves.

Recommendation: This is a great book that I believe would satisfy both readers looking for a good story, and readers looking for a more thought-provoking read. The language is fairly straightforward with a hint of old world. Montefiore also does a great job, in my opinion, of keeping this a “clean” and conservative book without losing depth or detail. This makes it a great choice for a wide range of readers.

The ghosts who dwelt there, mourning the loss of their home and their brief lives, were as wind blowing in off the water.

Special thanks to TLC Book Tours for the book! I can see that this book would have very wide appeal. I’m looking forward to reading it myself. Thanks for being a part of the tour!

[…] This is the second book of a trilogy and I LOVED the first book, The Girl in the Castle! Santa Montefiore has a lyrical quality to her writing that makes her books exciting, engaging and […]

[…] Author Santa Montefiore instantly became a favorite of mine with the first book in this series, The Girl in the Castle, and did not disappoint with the sequel, The Daughters of Ireland. As soon as I knew that The […]