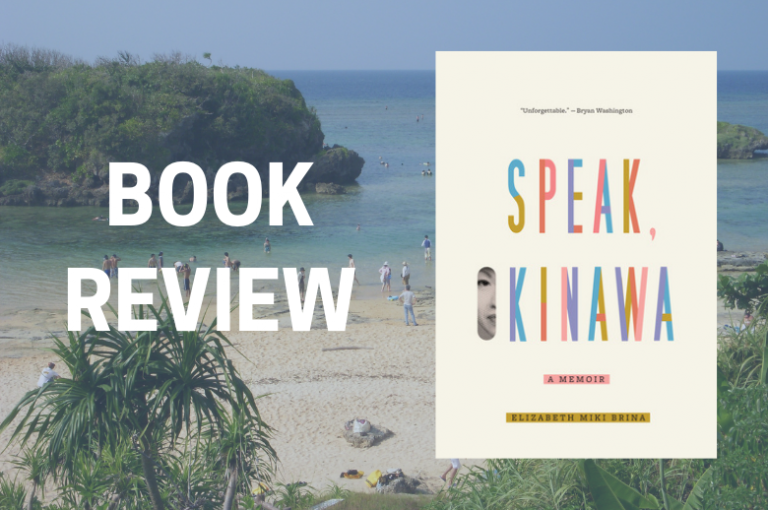 This was such beautiful book. Speak, Okinawa was our book club pick in May, and it was really an interesting one to discuss.

Elizabeth’s mother was working as a nightclub hostess on U.S.-occupied Okinawa when she met the American soldier who would become her husband. The language barrier and power imbalance that defined their early relationship followed them to the predominantly white, upstate New York suburb where they moved to raise their only daughter. There, Elizabeth grew up with the trappings of a typical American childhood and adolescence. Yet even though she felt almost no connection to her mother’s distant home, she also felt out of place among her peers.

Decades later, Elizabeth comes to recognize the shame and self-loathing that haunt both her and her mother, and attempts a form of reconciliation, not only to come to terms with the embattled dynamics of her family but also to reckon with the injustices that reverberate throughout the history of Okinawa and its people. Clear-eyed and profoundly humane, Speak, Okinawa is a startling accomplishment—a heartfelt exploration of identity, inheritance, forgiveness, and what it means to be an American.

First of all, this was unlike any other memoir that I’ve read. The way it was laid out was different, and it got really artistic at times. Also, it was incredibly interesting because I had no idea about the history of Okinawa. I’ve heard a few things I think about it being occupied, but I really had no idea. So, this book was as much a history lesson as it was a beautiful memoir of identity.

Brina’s mother is from Okinawa, and her father is from the United States. He was a soldier when he met his wife and took her home to the states, even though she didn’t know any English. The two had their daughter, Elizabeth. Primarily, the book is about Elizabeth figuring out who she is in relation to her mom and dad, and how she can straddle the line between English and Okinawan.

When Brina was a child, she identified much more with her father, and didn’t understand her mother. Now, as she writes her memoir, she’s figuring out why that was and what it all means.

This book was truly beautiful, especially at the end, when Brina writes about identity. I’ll admit, though, it was hard to read for the first while. She had a rough period in her life when she didn’t understand her mother or their inherited trauma from Okinawa’s history, and the book gets pretty dark. I was so relieved when it started going in the other direction and wasn’t so incredibly gloomy.

Overall I’d recommend this book to anyone who loves a good memoir or is interested in the history of Okinawa. I give it 4 stars.