Review: No Hiding in Boise by Kim Hooper 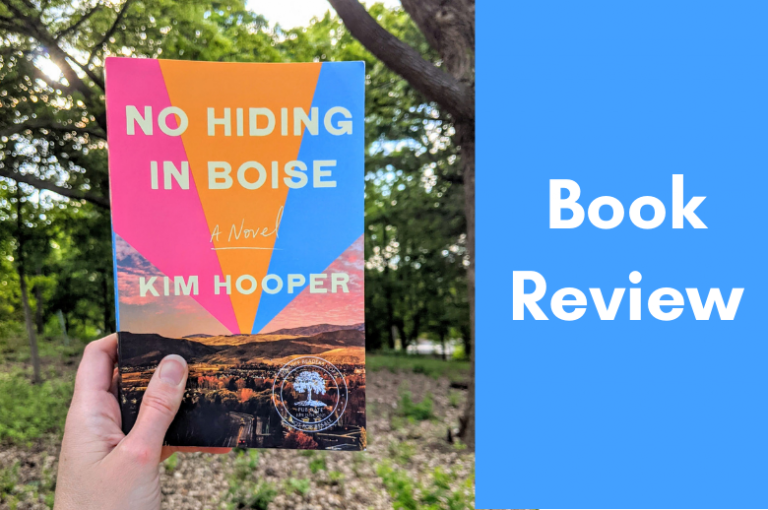 This book might just be one of my favorites of 2021! Stand by for a rave review of No Hiding in Boise by Kim Hooper.

When Angie is awakened by a midnight call from an officer with the Boise Police Department, she thinks there must be a misunderstanding. The officer tells her that her husband was involved in a shooting at a local bar, but how can that be possible when her husband is sleeping right next to her? Except when she turns to wake him, he isn’t there.

Tessa is the twenty-three-year-old bartender who escapes to a backroom storage closet during the shooting. When it comes to light that five people were killed, she is burdened with the question of why she survived.

Joyce wakes up to a knock at her front door, a knock she assumes is her wayward son, Jed, who must have lost his keys. It’s not Jed, though. Two police officers tell her that Jed is dead, shot at the bar. Then they deliver even worse news: “We have reason to believe your son was the shooter.”

So begins the story of three women tied together by tragic fate―a wife trying to understand why her now-comatose husband was frequenting a bar in the middle of the night, the young woman who her husband was apparently pursuing, and a mother who is forced to confront the reality of who her son was and who she is.

If the synopsis of this book makes it sound heavy, you’re right — it deals with some pretty heavy subject matter. Yet, the book as a whole doesn’t feel like this big, depressing, heavy thing.

This book isn’t so much about the traumatic event itself. Instead, it’s about the aftermath: the stuff we’re much less likely to see on the news.

The story takes a deep dive into the lives of three women affected by the shooting. One of them was there, one of them is the shooter’s mom, and one of them is wondering what the heck her injured husband was doing at a bar in the middle of the night when he was supposed to be in bed with her. Each one of them is affected in a different way, yet the happenings of that night start to bring them all together.

There’s also a little undercurrent of mystery to this book. What was Angie’s husband doing at that bar? Since he’s too injured to speak up, Angie has to try to piece things together herself.

I don’t really want to say a lot about this book, because I don’t want to give anything away! I will say that I thought it was beautiful. I tend to love super realistic depictions of grief and trauma and broken people, because that’s also when life (and books) can very unexpectedly be the most beautiful.

After finishing No Hiding in Boise, I immediately turned to the internet to see if I could find good used copies of any of the books on Hooper’s backlist. I loved her writing so much! Such depth of feeling to her characters.

You’re probably not surprised at this point to learn that I gave this book 5 stars. I highly recommend picking it up!

Special note: This review is featured by Twinkl in their blog about the latest must-read books. See more recommendations and get involved at Book Lovers’ Top Picks For Your 2021 TBR List.