Review: The Project by Stacey Potter 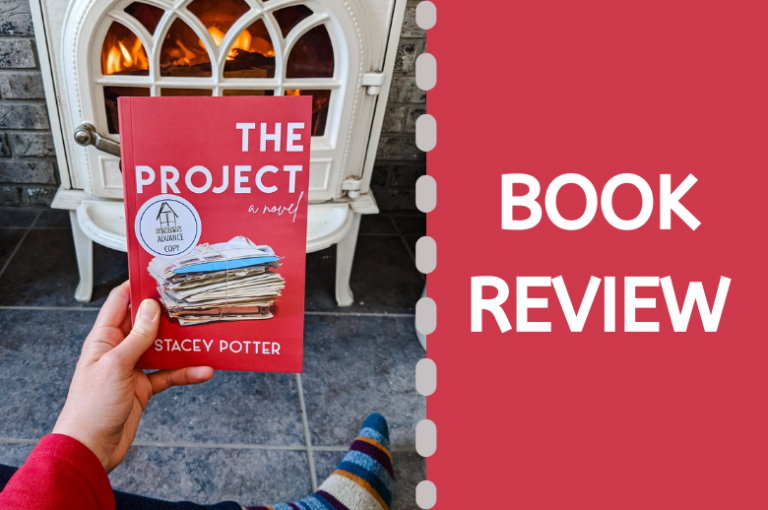 When I first laid eyes on this book, I was right away pulled in by the pile of letters on the cover. Snail mail is so…romantic? Anway, the contents of the book lived up to the intriguing cover for me!

At the beginning of her college sophomore year in 1994, Sabella Pierce surrenders to her semester-long psych class assignment: volunteer as a companion for eighty-three-year-old nursing-home resident, May. Having grown up with a bitter grandmother and a well-earned lack of enthusiasm for old people, Sabella dreads this project.

But Sabella’s anxiety about her assignment turns to fascination as she discovers May’s vibrant spirit, life of independence, and stash of handwritten letters from the one who got away. Now Sabella is inspired to create a project of her own: reunite these two long-lost lovers while there’s still time.

While visiting, Sabella also encounters Ted, the nursing home’s grungy, flannel-wearing, alternative-rock listening volunteer coordinator. At first, she detests his nonconformist attitude and his constant ribbing of her wealthy upbringing. But as her longtime boyfriend, Ryan, is distracted by his jock friends and a flirty girl from his hometown, opportunities with Ted unfold.

Will the project spark love for Sabella and relight an old flame for May?

The Project is set in Minnesota, which is my state, so that was part of the fun of reading it. It’s way up north, but I’ve been briefly to Detroit Lakes, which is mentioned a lot in the book.

At first, I really didn’t like Sabella. She’s incredibly ageist, although the author does explain where that comes from (several negative experiences with older folks). Still, she just seemed a bit rude, naive, and spoiled.

In some ways, the plot line was predictable, but I didn’t find that detrimental to the overall story. It has kind of a typical “girl with long-term boyfriend meets someone fresh and gets confused” storyline. Plus, you know that she’s going to end up getting attached to the “old person” she’s made to spend time with.

Yet, there were enough things that happened that I didn’t quite expect or thought would go a bit differently, including what happens with the letters. I’m not going to spoil the story here…you’ll have to read it if you want to know! It was just a cool surprise at the end that I enjoyed.

Another thing I liked about the book is that I warmed up to Sabella as the story went on. She kind of gets what’s coming to her in some ways and has some realizations that I was rooting for. Also, she’s rather funny! There were a few one-liners that made me chuckle as I read.

In the end, Sabella redeemed herself to me (and other characters) and I enjoyed the way the whole thing ended, especially with the letters. Was it predictable at times? A little cliché? Yeah, a little at times. But it had enough other stuff going on to make it a 4-star read for me. This one goes down as a recommended read!