The Patriots: Book Tour and Review 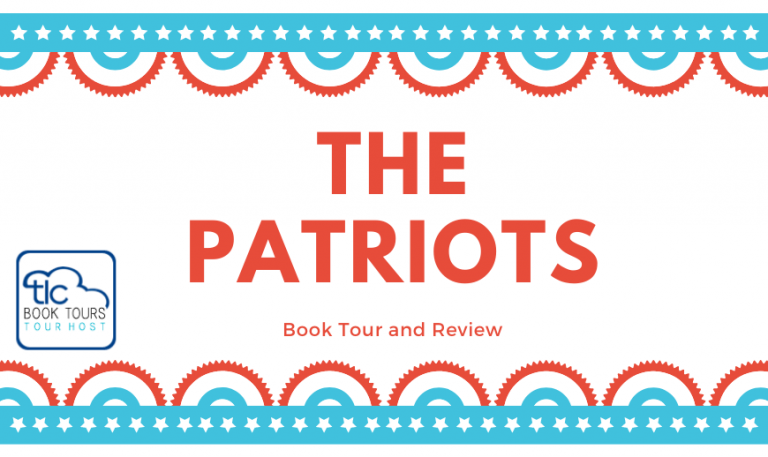 In my pre-grown up life, I was a history major who, among other things, loved taking classes in and reading about military history. For this reason, I was eager to accept when TLC Book Tours offered up review copies of The Patriots: Alexander Hamilton, Thomas Jefferson, John Adams, and the Making of America by Winston Groom.

Groom, perhaps best known as the author of Forrest Gump, is a strong narrative storyteller and this book benefits form his knowledge not only of the subject matter, but also when it comes to moving the story along in a way that both offers sufficient information and doesn’t get too bogged down in the details. Beginning with individual profiles of each of the three men, the story then goes into their contributions to the founding of the United States, the structuring of its early government, and the divisions that separated the men politically.

This would be a great introduction to this period of history for those looking for an overview before diving into a specific study of one of the three featured figures here. While Groom doesn’t necessarily make any new arguments in terms of how the historical record was impacted by Hamilton, Jefferson, or Adams or the history of the nation’s origins, he does a strong job of outlining each man’s personal history and how that went on to impact his political views, and therefore, impacted the early days of the United States.

Additionally, readers who have lived through the last couple of election cycles in the U.S. may be interested to see how political divisions existed and were argued over at this time as well. This would be a great gift for the early U.S. History fan in your life, or as an addition to a U.S. History curriculum.

In this masterful narrative, Winston Groom brings his signature storytelling panache to the tale of our nation’s most fascinating founding fathers–Alexander Hamilton, Thomas Jefferson, and John Adams–painting a vivid picture of the improbable events, bold ideas, and extraordinary characters who created the United States of America.

When the Revolutionary War ended in victory, there remained a stupendous problem: establishing a workable democratic government in the vast, newly independent country. Three key founding fathers played significant roles: John Adams, the brilliant, dour New Englander; Thomas Jefferson, the aristocratic Southern renaissance man; and Alexander Hamilton, an immigrant from the Caribbean island of Nevis. In this riveting narrative, best-selling author Winston Groom illuminates these men as the patriots fundamentally responsible for the ideas that shaped the emerging United States. Their lives could not have been more different, and their relationships with each other were often rife with animosity. And yet they led the charge–two of them creating and signing the Declaration of Independence, and the third establishing a national treasury and the earliest delineation of a Republican party. The time in which they lived was fraught with danger, and their achievements were strained by vast antagonisms that recall the intense political polarization of today. But through it all, they managed to shoulder the heavy mantle of creating the United States of America, putting aside their differences to make a great country. Drawing on extensive correspondence, Groom shares the remarkable story of the beginnings of our great nation.

WINSTON GROOM was born in Washington, D.C., but grew up in Mobile, Alabama, on the Gulf Coast. After a brief period in the Army, Groom returned to Washington, where he worked as a reporter at the Washington Star, covering the political and court beat. He enjoyed a stint in New York City, befriending and socializing with literary legends before returning to Alabama, where he settled down to writing and enjoying life. He is the author of 18 previous books, including Forrest Gump and The Aviators.