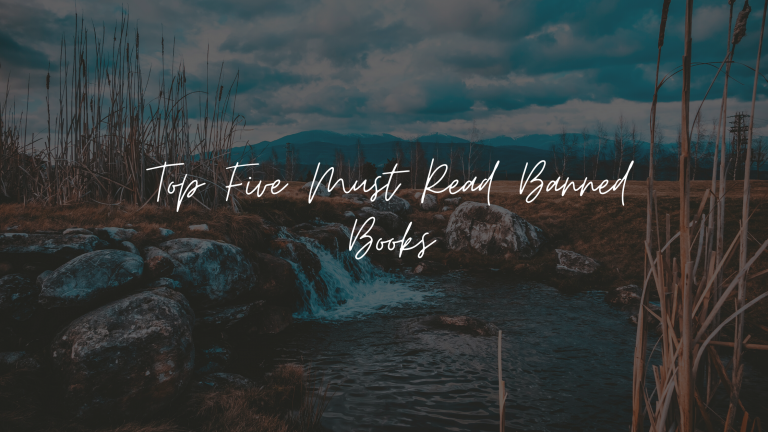 As Hermione Granger observes in Harry Potter and the Order of the Phoenix, banning something often only makes people more interested in it. This concept often applies to books that have been deemed off-limits. I have selected five notoriously banned novels that offer insightful social commentary about complex issues like racism, war, homophobia, censorship, mental illness, and sexuality. How many of them have you read? Keep reading to find out!

The Diary of a Young Girl by Anne Frank

This authentic diary details Anne Frank’s experiences during the Nazi purge of Jewish individuals amid World War II. She describes her time spent living in a secret attic with her family. Anne’s diary offers valuable insights about the war, growing up, family, and sexuality. This book usually gets banned—even now—for sexual content and mentions of homosexuality. Anne all but states that she is bisexual, a term that may not have existed then. However, Anne’s attraction to girls and Peter are not explicit or entirely sensual. Many LGBTQ teens identify with her feelings, as well as the general frustrations of hiding and being oppressed. Also, it seems disrespectful to censor an entire account of such a unique and terrible time in world history.

Catcher in the Rye by J.D. Salinger

Supposedly, The Cather in the Rye transforms hapless readers into assassins. The main character, Holden Caufield, identifies as an outcast, and some criminals have used that to justify their actions. Mark David Chapman, John Lennon’s killer, remains the most infamous advocate for the book. However, such violence never appears and is not endorsed in the novel. As a matter of fact, The Cather in the Rye resonated with so many teenage readers in a positive way that it basically invented the Young Adult genre in 1952. These readers appreciated the book’s take on the taboo topics of war, PTSD, terminal illness, sexual and emotional abuse, isolation, and the desire to form authentic connections with others in a time that felt illusory. The author has also legally forbidden for any movie adaptations to be made, so reading the book is the only way to enjoy this compelling story.

Many schools have banned Fahrenheit 451 by Ray Bradbury for exploring concepts like sex, mental illness, suicide, abortion, and maladaptive escapism. Ironically, banning this book directly contradicts the purpose of the novel—protesting censorship. Bradbury intended for the bleak future presented in the book, a world in which firefighters burn books and most people are no longer capable of critical thinking, to serve as a warning for being overly reliant on the media and propaganda. However, the point of the book has gone over countless concerned parents’ heads, many of whom have not read the book themselves. The way Bradbury uses language is strange and beautiful, and the story is incredibly poignant. Impressively, Bradbury finished the novel in nine days on a library typewriter.

To Kill a Mockingbird by Harper Lee

To Kill a Mockingbird has garnered an impressive reputation as one of the most consistently banned books in United States schools ever since it was published. Why? The book’s central themes of racism and civil rights make people “uncomfortable”. Many United States schools remain highly segregated despite Brown v. Board of Education ruling segregation unconstitutional in 1952, and several predominately white school districts would prefer to have their students remain ignorant of their privilege, our country’s (recent) past, and the ways in which said past and the enduring plights of minorities have influenced our present. Sometimes, being uncomfortable with a topic is worth it in the process of becoming educated. To Kill a Mockingbird covers the best and worst of humanity as Scout experiences them growing up.

The Perks of Being a Wallflower by Stephen Chbosky

Stephen Chbosky’s The Perks of Being a Wallflower follows a passive young man named Charlie on his journey through high school. Along the way, he is forced to contend with harsh truths like sexual abuse, terminal and mental illnesses, dysfunctional family, drug abuse, homophobia, and sexuality. The book tends to be banned for all of these reasons. It is similar in tone to Catcher in the Rye: a young man narrates his battle with all of the negative social forces that it seems like everyone is trying to ignore. If you like that book, there is a good chance you’ll like this one. As with the other examples on this list, censoring this novel only agitates people further. We want to explore these unpleasant topics. After all, unfortunately, banning a book about them doesn’t remove such phenomena from our reality.

What banned or censored books have you read, and what did you think? We would love any recommendations, especially more contemporary examples. Let us know in the comments, on our Facebook page, or @literaryquicksand on Instagram. Happy reading!