Review: The Lager Queen of Minnesota 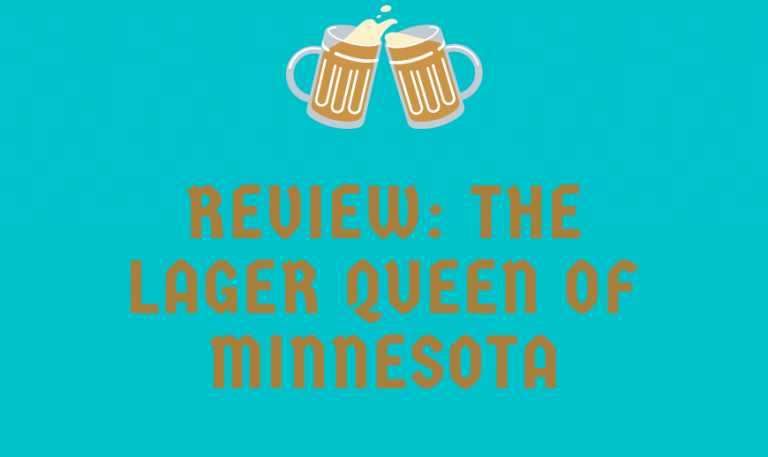 Three women from the same Minnesota family have their stories told in The Lager Queen of Minnesota, the second novel from the author of Kitchens of the Great Midwest (review by Joli here), Edith, a nursing home employee and famous pie baker, is barely scraping by, while her younger sister Helen, who inherited the money from the sale of the family farm, builds the Blotz beer empire along with her husband. With stories that switch narrators from chapter to chapter, we get to learn more about the backstories of Edith and Helen, as well as see Edith struggle to support her granddaughter Diana, who comes to live with her as a teenager. The book takes us through decades of each woman’s life as Diana grows up and opens her own brewery that embraces the craft movement of the 2010s.

I’m not from the Midwest originally, but I’ve lived here for a decade now, and reading this book felt like looking into a mirror of so many parts of my life. The stories of Helen, Edith, and Diana are certainly unique, but the side characters and situations that populate each chapter will feel familiar to anyone who has spent a significant amount of time in the area. This allows for the reader to deeply root for each character and her dreams, seeing in them their own parents, friends, and neighbors.

The present era Midwest is rarely portrayed with such accurate detail as in J. Ryan Stradal’s works, and his creation of this story is a beautiful family tale that traces the three women’s lives.

I enjoyed this book immensely for many reasons, but one of them was the ways in which all three of the main characters are fully realized women who are given the chance to share their stories with the reader. Though each character has her moments, and Helen’s arc with the farm money may not be the most sympathetic backstory, I found Edith, Diana, and Helen to all be both likable and admirable people.

Frankly, I think that work ethic is often undervalued in character development, overlooked for purposes of more exciting personality traits, but the work each women puts in, whether in a brewery or at Arby’s, made me want each character to succeed. These women are all likable, even when they’re in conflict with one another and that makes for an engaging book.

In addition to the expertly crafted characters, Stradal also has a gift for showing the moment when a spark alights and drives someone to pursue a passion relentlessly. Whether it is Helen’s love at first sip of beer, or Edith’s determination to get back up each time she is knocked down, it is a treasure to see each of them figure out what they want and how to get it.

What especially moved me was the later-in-life storylines of Helen and Edith. Often, older women are relegated to side characters as their children or husbands take center stage. But, as they lose people in their lives, both Helen and Edith continue forward, taking on new challenges. In particular [spoiler!] watching Edith and her fellow “grandmas” take over Diana’s brewery when the later is out on maternity leave that made me tear up with its depiction of finding joy later in life. Instead of the message that whoever you are at twenty five or thirty or fifty is who you’ll be forever, this book offers a moral of trying again and again to work hard and find joy.

Beer lovers and fans of family epics alike will both have a reason to reach for this book, which manages to be both sweeping in storyline and peppered with the kind of real life details that make it feel intimate. Be sure not to miss out on this great read.