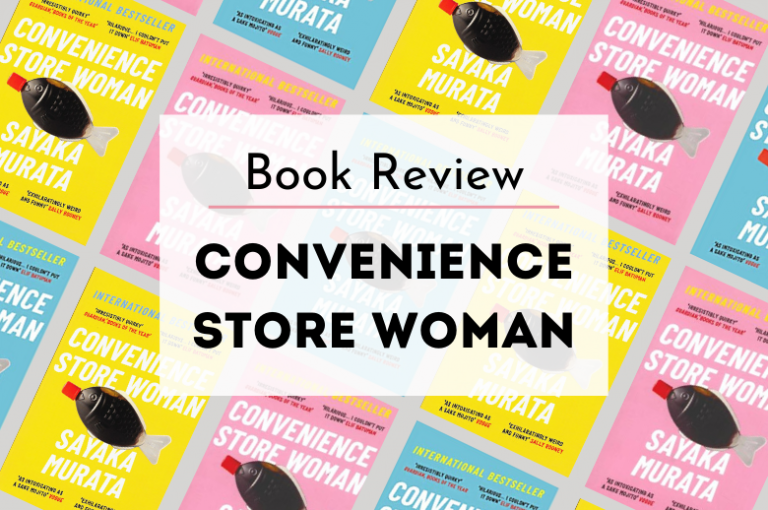 On the way to an interview, Keiko sees another convenience store. The store is in chaos and Keiko immediately starts to reorganise the shelves. As she’s doing this, she realises that her she’s meant to be konbini, employee. Keiko’s story is a tale of bravery, acceptance, and finding your inner peace.

At the start, Keiko comes off as an oddball who doesn’t care about fitting in and while this is admirable, she was a little bit too odd for me. Her obsession with uniform shelves at the convenience store and mimicking her co-workers made her seem almost alien. As the story goes on Keiko starts to accept her oddness and stops others trying to change her. This acceptance of herself transformed Keiko into a much more relatable character, even if she kept some of her quirks.

Murata’s style of writing is short and concise, mirrored in Ginny Tapley Takemori’s English translation. Takemori’s translation was easy to read, so I zoomed through the novel in less than a week (a record!). Convenience Store Woman is the perfect introduction to Japanese literature. It’s to-the-point prose takes you into the ever-fluorescent world of Keiko and the convenience store. The garish world of Keiko and the convenience store are a reminder of accepting your uniqueness and not trying too hard to fit in.

Convenience Store Woman is a great read if you’re travelling this summer and need a light book for your rucksack.

The normal world has no room for exceptions and always quietly eliminates foreign objects.