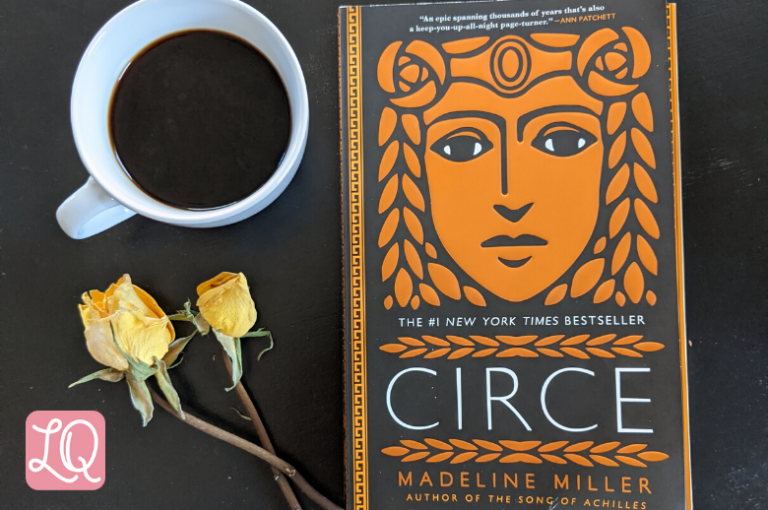 Before I begin, I think it’s important to note that I opened Circe having almost zero prior knowledge about mythology. Despite majoring in English in college, I never had to read mythology. Crazy huh?

In the house of Helios, god of the sun and mightiest of the Titans, a daughter is born. But Circe is a strange child—not powerful, like her father, nor viciously alluring like her mother. Turning to the world of mortals for companionship, she discovers that she does possess power—the power of witchcraft, which can transform rivals into monsters and menace the gods themselves.

Threatened, Zeus banishes her to a deserted island, where she hones her occult craft, tames wild beasts and crosses paths with many of the most famous figures in all of mythology, including the Minotaur, Daedalus and his doomed son Icarus, the murderous Medea, and, of course, wily Odysseus.

But there is danger, too, for a woman who stands alone, and Circe unwittingly draws the wrath of both men and gods, ultimately finding herself pitted against one of the most terrifying and vengeful of the Olympians. To protect what she loves most, Circe must summon all her strength and choose, once and for all, whether she belongs with the gods she is born from, or the mortals she has come to love.

I was immediately pulled into Circe. It was so different from what I normally read, and I fell into the world of mythology with abandon.

Let’s back up here for a minute, though. Circe is a child in the beginning of the book, and I loved her story. She lives in the house of Helios (her dad, whose chariot pulls the sun across the sky every day), and is generally unliked by all the other gods, including her own family. It’s strange, but pulled me in.

However, even in the beginning, the sheer number of characters in Circe is super overwhelming. I had to keep pausing when names were mentioned to remember who it was, or try to wrap my head around him/her if it was a new character. Mythology is like that, so it makes sense, but man, it made for a difficult read when I was more interested in the story arc than the characters.

This book fizzled a little for me as it went on. I expected more of a story arc, but what I got was more like mythology itself – shorter stories that make a whole. Sure, it was chronological about Circe’s life, but for me, there wasn’t really a peak of any kind – it just kind of rumbled on. Of course, it’s based off of the existing story of Circe, so I don’t think Miller could have done a whole lot to remedy this.

Circe was compelling enough throughout to keep me reading and mostly enjoying, but I do have to say that I was happy to get to the end and put it behind me. Although it was a bit of a slog for me at times, I would recommend it to someone with more of an interest in mythology. I thought the writing was great and it was well done overall, so I gave it 4 stars.

Looking for more awesome books about Greek mythology? Check out our list of Best Fiction Books About Greek Mythology.