Review: Beyond the Point 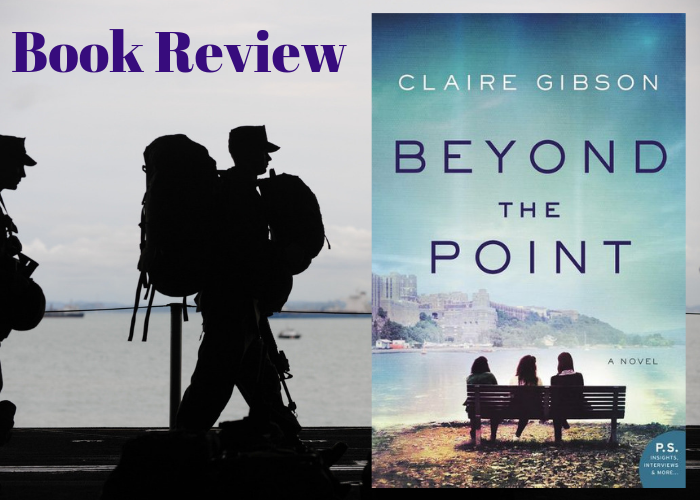 In Beyond the Point, Claire Gibson gives us a glimpse into West Point and the lives of three women in the military.

Dani is strong, athletic and confident. Her basketball talent and intelligence promise to take her far. She makes fast friends and seems to navigate the male-dominated school with ease.

Avery is the wildest of the three, more comfortable breaking rules than following them. But her determination is fierce, and when she sets her mind to something, nothing can stop her.

Hannah comes from a military background, her grandfather an Army general who isn’t exactly encouraging her to follow in his footsteps.

Though not initially friends, Dani, Avery and Hannah form a bond that outlasts their four years at West Point. The story takes us into their lives after graduation—through business deals and deployments. It’s a realistic portrayal of strong female friendship.

And, through Gibson’s own time growing up at West Point and interviews with female service members, she is able to make the story come to life. I have close friends and family who are a part of the military, and I appreciated the nuances and differing perspectives with which she described the experience.

While I thought the story itself was a tad long, overall, it was really engaging. The characters really came to life and I was interested in their stories. A lot of fellow reviewers highlighted the prevalence of the discussion of faith and God throughout the novel, so it is worth noting that this could be classified as Christian Fiction.

I think this novel would be enjoyed by those with military connections or just in interest in the sort of behind-the-scenes of military. The female friendship, too, definitely makes it worth a read. 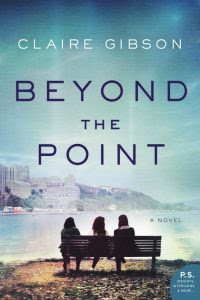 About Beyond the Point

“An inspiring tribute to female friendship and female courage!”–Kate Quinn, New York Times bestselling author of The Alice Network and The Huntress.

Three women are brought together in an enthralling story of friendship, heartbreak, and resilience. Set at the U.S. Military Academy at West Point, this is an amazing debut novel.

Duty. Honor. Country. That’s West Point’s motto, and every cadet who passes through its stone gates vows to live it. But on the eve of 9/11, as Dani, Hannah and Avery face four grueling years ahead, they realize they’ll only survive if they do it together.

Everyone knows Dani is going places. With athletic talent and a brilliant mind, she navigates West Point’s predominantly male environment with wit and confidence, breaking stereotypes and embracing new friends.

Hannah’s grandfather, a legendary Army general, offers a stark warning about the dangers that lie ahead, but she moves forward anyway, letting faith guide her path. When she meets her soul mate at West Point, the future looks perfect, just as planned.

Wild child Avery moves fast and doesn’t mind breaking a few rules (and hearts) along the way. But she can’t outpace her self-doubt, and the harder she tries, the further it leads her down a treacherous path.

The world—of business, of love, and of war—awaits Dani, Hannah, and Avery beyond the gates of West Point. These three women know that what doesn’t kill you makes you stronger. But soon, that adage no longer rings true—for their future, or their friendship. As they’re pulled in different directions, will their hard-forged bond prevail or shatter?

Beyond the Point is a heartfelt look at how our closest friends can become our fiercest battle buddies. After all, the greatest battles we fight rarely require a uniform. 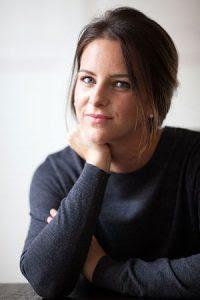 Claire Gibson is a writer and journalist based in Nashville, Tennessee. Born and raised at the U.S. Military Academy at West Point, she grew up captivated by cadets and always dreamed of writing a story that honored her childhood home and the women that inspired her there. Her stories have been featured in The Washington Post, The Christian Science Monitor, The Tennessean and Entrepreneur Magazine, among many other publications.

Thursday, April 11th: What Is That Book About

Tuesday, April 16th: Diary of a Stay at Home Mom

Thank you so much for being on this tour!
Sara @ TLC Book Tours