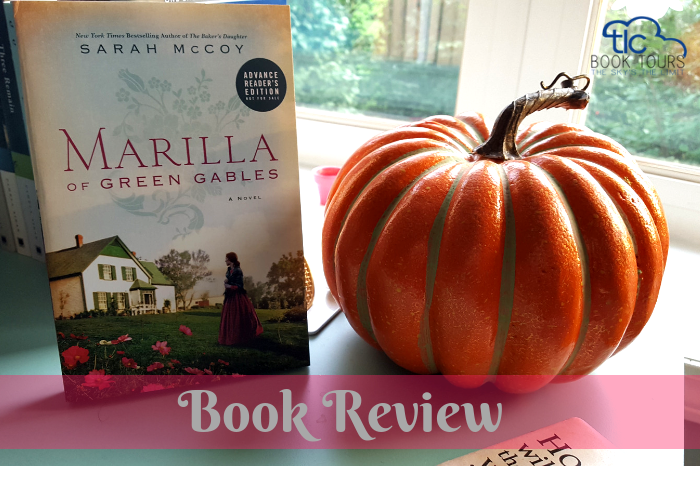 As an avid fan of Anne of Green Gables, I was delighted to discover that Sarah McCoy wrote a book about Marilla’s history. However, with such news comes inevitable trepidation. It’s rare for a prequel or sequel to live up to the original and the Anne of Green Gables series is one of the best. Thankfully, McCoy’s writing is a seamless addition to L.M. Montgomery’s original creation.

Marilla of Green Gables tells the story of Marilla’s life, from young teenager up to the day when Anne joins the family. Since the original series doesn’t delve into the background of her enigmatic character, this story is long-awaited and much anticipated. When we meet Marilla as a 13 year old, there are glimpses of the woman she’ll become but she still is full of youth and naivety. Over the years, she experiences heartbreak, love, friendship, and political turmoil, which all shape her into the Marilla we know.

I thoroughly enjoyed reading about the younger lives of not only Marilla but Matthew and Rachel as well. These characters are familiar to us in their older age, but come alive as kids and younger adults. McCoy has created a perfectly believable backstory for everyone in a way that makes me appreciate them even more.

Plus, her writing is also astonishingly similar to Montgomery’s. Sometimes it can be a bit jarring when another writer adds on to an existing novel, but the style and tone are spot on. I also appreciated how she dealt with more serious topics such as political reform and slavery through the eyes of a Marilla as she grew up. That added an unexpected depth to this novel.

I highly recommend this book to any Anne of Green Gables fan, but it also serves well as a stand alone piece! 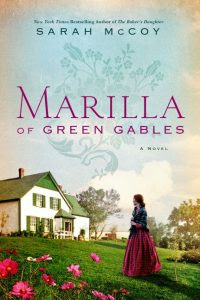 About Marilla of Green Gables

A bold, heartfelt tale of life at Green Gables . . . before Anne: A marvelously entertaining and moving historical novel, set in rural Prince Edward Island in the nineteenth century, that imagines the young life of spinster Marilla Cuthbert, and the choices that will open her life to the possibility of heartbreak—and unimaginable greatness.

Plucky and ambitious, Marilla Cuthbert is thirteen years old when her world is turned upside down. Her beloved mother dies in childbirth, and Marilla suddenly must bear the responsibilities of a farm wife: cooking, sewing, keeping house, and overseeing the day-to-day life of Green Gables with her brother, Matthew and father, Hugh.

In Avonlea—a small, tight-knit farming town on a remote island—life holds few options for farm girls. Her one connection to the wider world is Aunt Elizabeth “Izzy” Johnson, her mother’s sister, who managed to escape from Avonlea to the bustling city of St. Catharines. An opinionated spinster, Aunt Izzy’s talent as a seamstress has allowed her to build a thriving business and make her own way in the world.

Emboldened by her aunt, Marilla dares to venture beyond the safety of Green Gables and discovers new friends and new opportunities. Joining the Ladies Aid Society, she raises funds for an orphanage run by the Sisters of Charity in nearby Nova Scotia that secretly serves as a way station for runaway slaves from America. Her budding romance with John Blythe, the charming son of a neighbor, offers her a possibility of future happiness—Marilla is in no rush to trade one farm life for another. She soon finds herself caught up in the dangerous work of politics, and abolition—jeopardizing all she cherishes, including her bond with her dearest John Blythe. Now Marilla must face a reckoning between her dreams of making a difference in the wider world and the small-town reality of life at Green Gables. 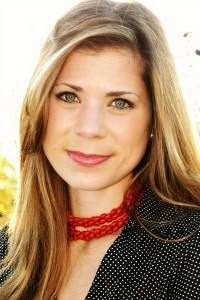 Sarah McCoy is the New York Times, USA Today, and internationally bestselling author of the novels The Mapmaker’s Children; The Baker’s Daughter, a 2012 Goodreads Choice Award nominee; and The Time It Snowed in Puerto Rico. She has taught English and writing at Old Dominion University and at the University of Texas at El Paso. She lives with her husband, an orthopedic sports surgeon, and their dog, Gilbert, in North Carolina.