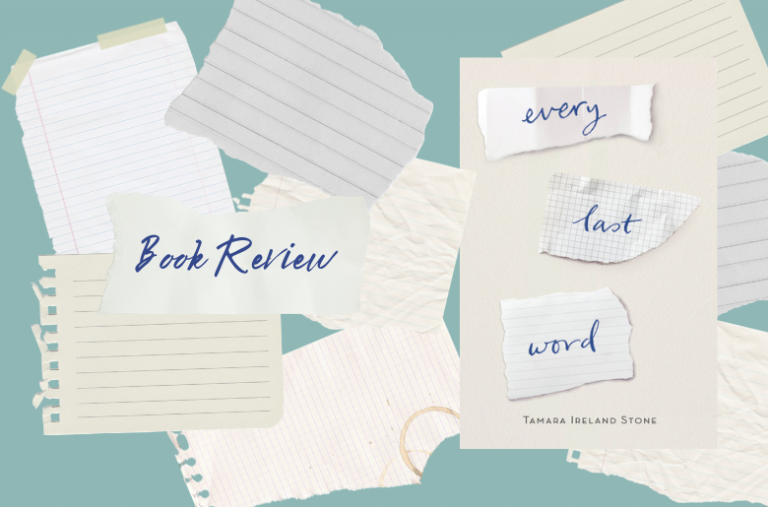 In Every Last Word, Samantha “Sam” McAllister lives her life with a secret. She has Purely-Obsessional OCD, a mental illness that causes her to live a life plagued with dark thoughts and obsessive behaviors. She doesn’t want her “perfect” friends to know about her internal battle, so she hides behind a face of makeup and confidence.

When Sam meets Caroline, a quirky classmate she’s never noticed before, things begin to look up. Caroline introduces Sam to Poet’s Corner, an underground poet society created for the school’s misfits and outcasts. As  Sam begins to write out her feelings, she begins to find her voice.

Sam makes new friends along the way, including a guitar-playing love interest and a girl who writes poetry on food wrappers. Sam feels like she fits into the group. She spends less time questioning her sanity and starts to feel more “normal” than she does with her popular friends. But just when things seem to fall into place, Sam is faced with new information that makes her question everything.

I’ve heard about Every Last Word multiple times over the years, but I haven’t picked it up until this summer. As far as young adult books featuring characters with mental illness, this one has moved to the top of my recommendation list.

Stone beautifully creates a character who is affected by her mental illness but isn’t defined by it. Sam has a lot of other amazing character traits that define her. OCD is just one aspect of who she is. Stone clearly did a lot of research on the illness before writing this book, and I love the way she portrayed Sam’s relationship with her therapist. Therapy and medication were painted as positive things rather than something out of the usual or something “weird.” Sam does hide her illness from her friends, but as her character develops, she becomes less ashamed of that part of her.

Another aspect of the book that I loved is how involved Sam’s mother was in her life. She was always on her daughter’s team and partnered with Sam’s therapist to ensure her well-being. Most YAMI (Young Adult Mental Illness) novels include absent or abusive parents, so it was nice to see an involved parent for a change.

As far as things I didn’t like… I thought the love story was a bit cliche. The two characters start as enemies and then magically fall in love. It was a bit predictable and I found myself wanting more. Don’t get me wrong; there are some pretty cute love scenes in the novel, but I think the book could’ve done without the romance plot line.

Overall, I think Every Last Word is a great addition to everyone’s bookshelf. There’s a major plot twist at the end that had me absolutely shocked and heartbroken. If you’re like me and you’ve waited to read this book, do yourself a favor: just read it.

As a teacher, I often wonder about the content of YA novels when deciding if I should include them in my classroom library. To save you some time, here are the things that may be a bit mature for kids.