Review: The Secrets We Carried 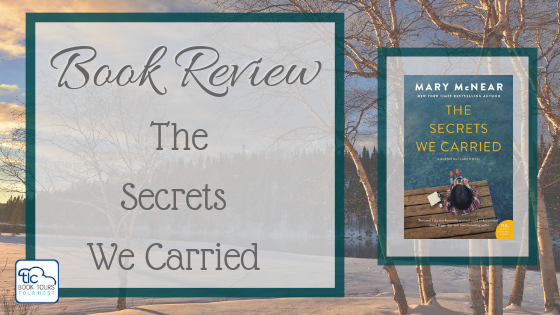 One night is all it takes for Quinn’s life to change completely. One night that turns into years of pain, grief, and guilt. She managed to escape once, but she’s back now to face the demons that continue to haunt her. Demons that have cost her love, happiness, and meaningful friendships. She won’t let them win.

When Quinn LaPointe is only a teenager, a tragedy involving her high school boyfriend shakes the entire town of Butternut. It leaves the residents reeling, trapped in a cycle of blame and recrimination while at the same time trying to escape a nagging sense of responsibility for what happened. Quinn manages to move on with her life, but can never manage to free herself completely from the heartache associated with her hometown and the tragic accident. So, when the town holds a dedication ceremony to honor the deceased, she decides to confront her past and attempt to heal by returning to the very place that has haunted her for most of her adult life.

Butternut, however, is no longer the town she left. Grief and secrecy have eaten away at the friends and family affected by that fateful night, and it shows. Friends that Quinn was close to before are evasive and distant, and she doesn’t fully understand why. Nevertheless, Quinn perseveres and, in trying to come to terms with that night, she uncovers the many secrets her old friends have been keeping.

Mary McNear’s The Secrets We Carried was a touching story tinged with mystery and intrigue. I expected the novel to be more or less predictable initially, but as the story progressed it took wonderfully unexpected turns. The characters proved to be so raw and vulnerable, it was difficult not to connect with them. I pitied them, empathized with them, and even found myself wanting to comfort them on several occasions. I grew frustrated along with them, and felt their fear and shock when their secrets were revealed.

McNear’s writing is beautifully descriptive, pulling me into the town of Butternut and captivating me with gorgeous imagery of a small, fragile community with a devastating history.

The Secrets We Carried was a powerful story about how every person deals with grief and tragedy differently, and how our coping mechanisms can affect those around us. 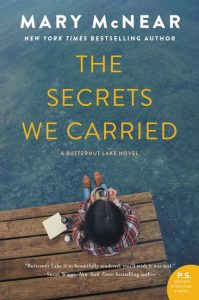 About The Secrets We Carried

Readers who love Susan Wiggs and Susan Mallery will adore New York Times bestselling author Mary McNear newest novel. A young woman travels home to Butternut Lake, confronting her past and the tragedy she and her friends have silently carried with them for over a decade while also facing an unknown future.

Butternut Lake is an idyllic placeóbut for one woman, her return to the lake town she once called home is bittersweet.

Sometimes life changes in an instant.

Quinn LaPointe grew up on beautiful Butternut Lake, safe, secure, sure of her future. But after a high school tragedy, she left for college and never looked back. Becoming a successful writer in Chicago, she worked to keep out the dark memories of an accident that upended her life. But now, after ten years, sheís finally returned home.

Butternut is the same, and yet everything is changed. Gabriel Shipp, once her very best friend, doesnít want anything to do with her. The charming guy she remembers is now brooding and withdrawn. Tanner Lightman, the seductive brother of her late boyfriend, wants her to stick around. Annika Bergstrom, an old classmate who once hated Quinn, is now friendly. Everyone, it seems, has a secret.

Determined to come to terms with the tragedy and rebuild old relationships, Quinn settles into Loon Bay Cabins, a rustic but cozy lakeside resort, where she begins writing down her memories of the year before the accident. Her journey though the past leads her to some surprising discoveries about the present. As secrets are revealed and a new love emerges, Quinn finds that understanding the past is the key to the future.

Mary McNear, New York Times and USA Today bestselling author of the Butternut Lake series, writes in a local doughnut shop, where she sips Diet Pepsi, observes the hubbub of neighborhood life, and tries to resist the constant temptation of freshly made doughnuts. Mary bases her novels on a lifetime of summers spent in a small town on a lake in the northern Midwest.