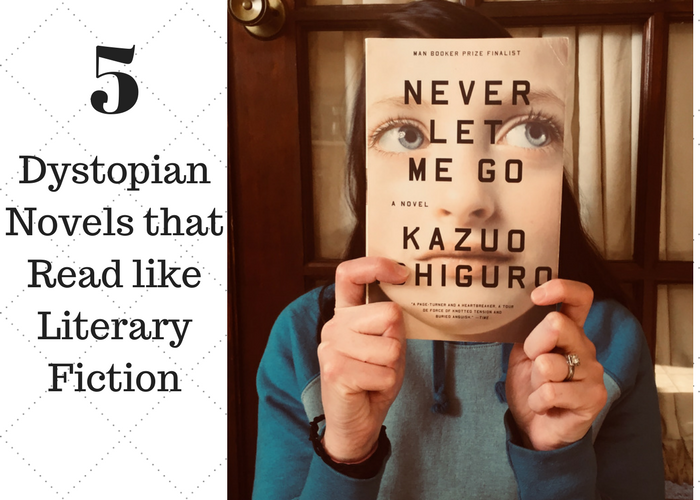 About 10 years ago, YA began to dominate the dystopian genre. Teens began saving post-apocalyptic societies controlled by oppressive, deranged governments, all while finding themselves and a cute, hunky boyfriend to boot. Titles such as The Hunger Games and Divergent found huge success with book to film adaptations.

However, dystopian books were around long before Katniss appeared on the scene with her bow and side braid. Books like Fahrenheit 451, Brave New World, 1981, Atlas Shrugged, and The Iron Heel have been challenging societal structures for over half a century.

Sometimes the familiar YA dystopian narrative can get a little old; even if it’s fun to read. I love a good adult dystopian novel, but the science fiction aspect can scare me away a little. If I love dystopian and literary fiction, why can’t I just combine the two?

Here are 5 dystopian novels that read like literary fiction: 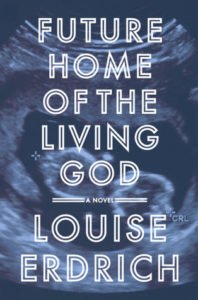 The Future Home of the Living God by Louise Erdrich

The background for this novel is that evolution has stopped and is rapidly reversing. Modern society has collapsed, Mexico and Canada have closed their borders to the US, and conservative Christians have taken over the government. However, the story is really about the protagonist, Cedar Songmaker, and her journey through pregnancy.

The story opens as Cedar, who is adopted, journeys to meet her birth mother for the first time. Even though the world is unraveling around her, Cedar seems unaffected and is focused on her own identity and unborn child. After Cedar returns home, the government mandates that all pregnant women report to a hospital to be monitored until delivery. Cedar goes into hiding and relies on the help of the baby’s father to evade capture. Rich with imagery and religious allusion, this story is more about a woman’s journey to motherhood than the devolution of the human race. Check out my review of this book here. 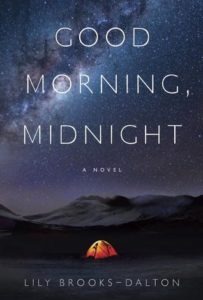 Augustine is a self-absorbed scientist conducting research in the Arctic.  His research center is forced to evacuate after a catastrophic event hits Earth. Augustine stubbornly refuses to leave his work and is left to fend for himself, or so he thinks. Soon after the other scientists leave, Augustine discovers a girl in the sleeping quarters. Augustine is unable to reach any other living person and the pair are seemingly the only people left on Earth. Concurrently, Sully is an astronaut aboard a spaceship on its return flight from Jupiter. While travelling through the depths of space, mission control goes silent and the crew is left to navigate their way home alone.

This book is a character study of two people who have sacrificed relationships with others for their own advancement. It’s more about dissecting the choices we make in life and the true importance of those choices rather than the unnamed apocalypse that has hit Earth. 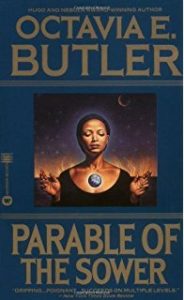 Parable of the Sower by Octavia E. Butler

In a world that’s been ravaged by disease, war, wealth disparity and global warming, Lauren lives in a compound protected from the dangerous outside world. However, when a fire destroys the compound, Lauren is forced into the outside world. Suffering from a condition that makes her feel the pain of others, Lauren has a revolutionary idea that might save mankind.

This book was written in 1993, but reading it now feels like this dystopia is right at our doorstep. The new president promises to “make America great again” (seriously), but ends up eliminating beneficial government programs, loosening labor laws allowing the rich to enslave the poor, and basically rigging the system in favor of the wealthy and large corporations. It is eerily familiar and feels like this could easily happen in the near future. The dystopia is the setting for this story, but Lauren’s hyper-empathy drives the plot. 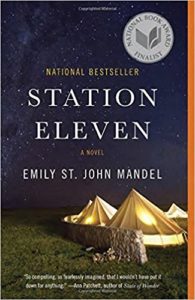 The night starts with a performance of King Lear when a well-known actor goes into cardiac arrest on stage. Audience members try to save his life to no avail. As the night goes on, a fast-moving virus begins to sweep across North America plunging the world into darkness before the week’s end. Twenty years later, a traveling symphony journeys between settlements of the new, post-apocalyptic world. The story goes back and forth, connecting characters and narratives through twists of fate.

This book received a lot of accolades and good reviews from a lot of people who’s opinions I trust. Which is why I’m including it on this list. For me, however, I found the back and forth timeline and amount of characters confusing and frustrating. It was hard to connect to one character because the story would jerk away to another place and time as soon as I became invested in a particular story line. The fragmented plot may reflect a desolate society attempting to rebuild. Check out Joli’s review of Station Eleven here. 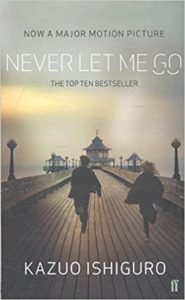 Kathy grows up at an idyllic boarding school in the English countryside named Hailsham. Her perfect upbringing has shielded her from the outside world. When Kathy and her friends, Ruth and Tommy, leave Hailsham they discover the truth about their world. I don’t want to say to much, but this book is rich with lyrical prose and raises thought-provoking questions about how we treat others in society. The seemingly perfect society (which turns about to be the opposite) drives the novel. However, the themes in this novel center around friendship and the human spirit.