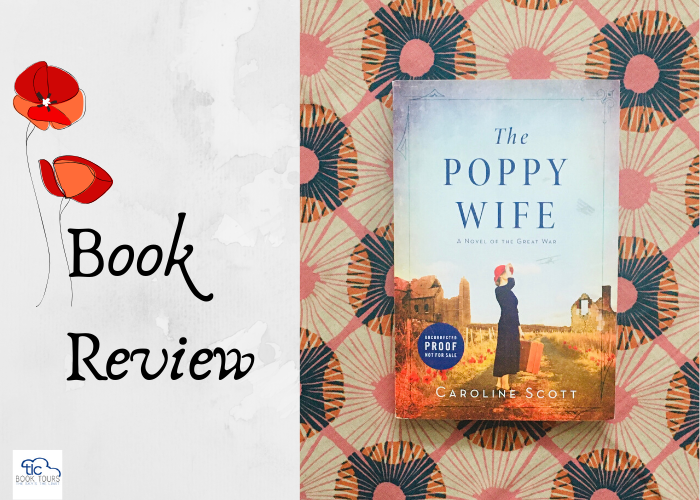 The Poppy Wife is a debut novel by Caroline Scott taking place in Europe during WWI. The year is 1921 and Edie is grieving the loss of her husband, Francis, whom disappeared in France four years earlier. Out of the blue, Edie receives a mysterious photograph of her missing husband and knows he is still alive. She sets out to France determined to find her missing husband.

Concurrently, Francis’ brother, Harry, is photographing soldiers’ graves in France to send to their loved one back in England. Having fought alongside Francis in WWI, he is racked with survivor’s guilt. He too is sure his brother is somewhere in France, lost and confused. Edie and Francis refuse to lose hope and set out to find the truth.

Packed with symbolism and themes of the atrocities of war, Caroline Scott’s debut novel is a beautiful and captivating historical novel. I loved this look at a time in war often forgotten: the period immediately afterwards when survivors attempt to pick up the pieces of their lives. The prose was so vivid and moving, Scott is definitely an author to watch. 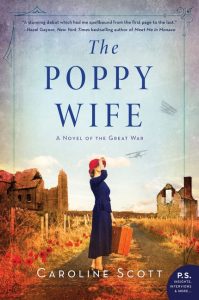 About The Poppy Wife

In the tradition of Jennifer Robson and Hazel Gaynor, this unforgettable debut novel is a sweeping tale of forbidden love, profound loss, and the startling truth of the broken families left behind in the wake of World War I.

1921. Survivors of the Great War are desperately trying to piece together the fragments of their broken lives. While many have been reunited with their loved ones, Edie’s husband Francis has not come home. Francis is presumed to have been killed in action, but Edie believes he might still be alive.

Harry, Francis’s brother, was there the day Francis was wounded. He was certain it was a fatal wound—that he saw his brother die—but as time passes, Harry begins questioning his memory of what happened. Could Francis, like many soldiers, merely be lost and confused somewhere? Hired by grieving families, Harry returns to the Western Front to photograph gravesites. As he travels through battle-scarred France and Belgium gathering news for British wives and mothers, he searches for evidence of Francis.

When Edie receives a mysterious photograph of Francis, she is more convinced than ever he might still be alive. And so, she embarks on a journey in the hope of finding some trace of her husband. Is he truly gone? And if he isn’t, then why hasn’t he come home?

As Harry and Edie’s paths converge, they get closer to the truth about Francis and, as they do, are faced with the life-changing impact of the answers they discover.

Artful and incredibly moving, The Poppy Wife tells the unforgettable story of the soldiers lost amid the chaos and ruins, and those who were desperate to find them. 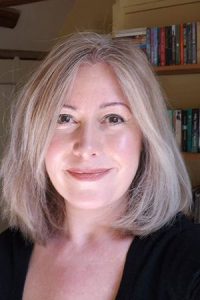 Caroline Scott is a freelance writer and historian specializing in WWI and women’s history, with a PhD from Durham University. Born in the UK, Caroline currently resides in France. The Poppy Wife is partially inspired by her family history. 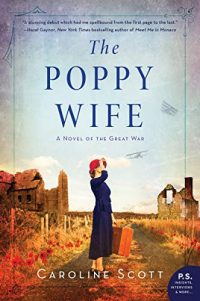 Really happy to read this review. Great to hear that you liked the style and the story. Thank you so much, Allison! x

I love that this is getting such rich, warm reviews and then for it to be a debut novel- I can’t wait to read this one myself. Thank you for being on this tour! Sara @ TLC Book Tours