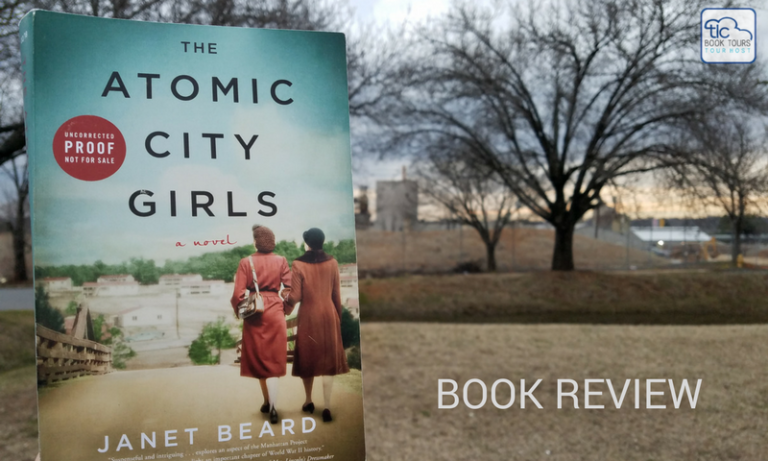 Story: The Atomic City Girls is the story of life in Oak Ridge, Tennessee – a government reservation designed and built to produce the uranium needed to create an atomic bomb. As part of the Manhattan Project, even the city itself was top secret. Other than constant reminders that sharing information was a life-threatening security breach though, residents had a fairly routine existence. Emotionally, however, the highs and lows of being in Oak Ridge could take their toll. From a variety of viewpoints and security clearances, Janet Beard shares what it meant to be a part of one of the most famous and destructive engineering projects in history.

None of the buses in and out of Oak Ridge were labeled because officially the city didn’t exist.

Why: As much as I read about WWII, fiction and non-fiction, I’ve never gotten into the Manhattan Project. I saw another review of The Atomic City Girls that referenced Beard’s ability to humanize the topic, and I think that is spot on. My idea of the Manhattan project had always been of scientists in lab coats, so the description of teenage girls being a significant portion of the labor force flipped that on its head. The wheels started turning, questions started popping up, and I was excited to dive in!

The hillside above the valley was treeless and scarred with a large muddy gash. Cranes and trucks appeared to be hard at work building even more facilities there. The scene was stark and industrial and covered in brown dust.

Opinion: Sadly, I liked this book, but it didn’t wow me. The writing is pretty simple and accessible. Construction is straight forward. The content seems well researched and accurate. While those are all solid bones to a novel, what actually pulled me in was the emotional turmoil. Thinking about what it must have been like to be in any of the characters’ positions was a challenge. I think Beard does a great job of establishing how mentally taxing it was to work in that environment – either as someone who knew what was being done, or even as someone who didn’t!

My favorite part, however, was the photos provided by the Department of Energy! Sometimes with historical fiction, it is easy to forget that many novels are deeply rooted in fact and true accounts. For me, seeing snapshots of the real people that lived in Oak Ridge made the moral ambiguity of the situation that much more vivid and moving.

He cleared his throat. “We are building a bomb that will be a thousand times more powerful than any weapon ever created before.”

Recommendation: I could see this being a great book club choice for a group that enjoys – and can handle – discussing the political and moral dilemmas addressed in this novel. It was also a good, quick read for my fellow WWII junkies that are just as engrossed in that era as I am. I’m not sure if this would fly in a high school classroom, but even as an entry level college course, I could see this book being a good history read regarding WWII and/or segregation in America.

Sam stared at the wood grain of the table. He’d remember this day forever, he knew – this room, these people. This was history.

I love the inclusion of photos in a book like this – it helps me remember that these kinds of things really happened.

Right, Heather?! Especially for a topic I knew less about, it was extremely helpful and made the novel much more meaningful for me!