10 Haunting Stories to get you in the Halloween Spirit 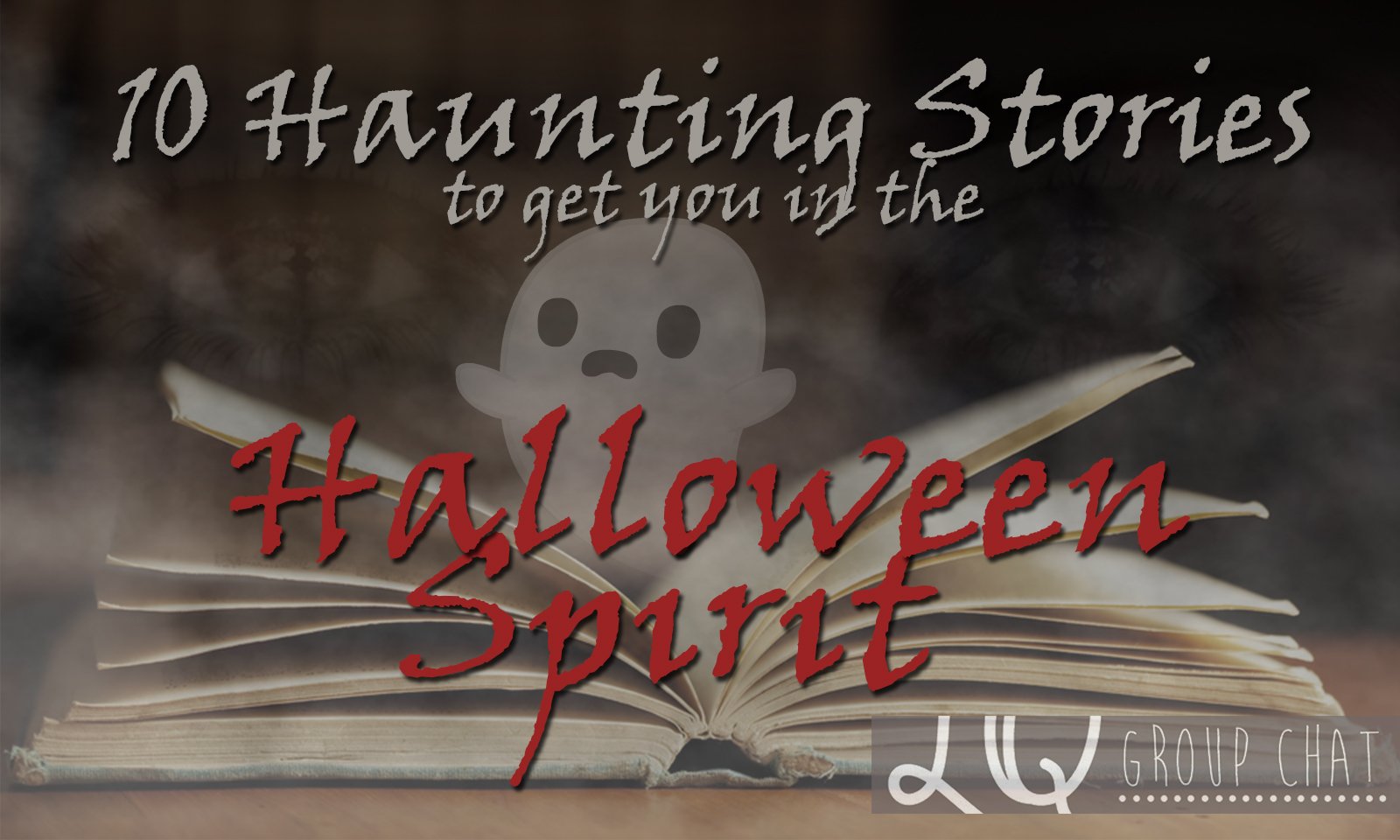 Whether you believe in ghosts or not, there is something about All Hallows’ Eve that stirs a desire to experience the chill of the paranormal. Books provide us endless options for haunting ghost stories and supernatural specters. These may be outright eerie happenings, or simply shadowy figments of the imagination. Regardless, they leave us peaking out from behind the pages and shining light into the dark corners of our lives.

Here at Literary Quicksand, we aren’t naturally drawn to paranormal plots. Yet when we put our minds to it, we found a number of haunting titles to get you in the Halloween spirit…

The creepiest book I’ve read this year is called Thornwood House, by Anna Romer. While it doesn’t deal with ghosts, it contains super creepy people – the stories of people who were murdered. This novel also reveals the haunting connection between the past and present as the heroine becomes obsessed with her abandoned home’s former occupant – a murderous soldier from WWII who seems to still be carrying out his dastardly deeds.

Rebecca by Daphne du Maurier ranks highly on my list of all time favorite books. Not only because of the fantastic title, but for the way it makes me feel. Readers feel unsettled almost the entire book. A sense of dread is woven through the suspense. Did I mention that the title character, while playing a significant role in the novel, is dead?

My last book review of Santa Montefiore’s The Girl in the Castle doesn’t hint much at the heroine’s special gift of seeing the dead, but she does. As you can imagine, being set in the early 1900s in a castle in Ireland, there are a good many ghosts for her to interact with – both benevolent and malevolent.

The Lovely Bones by Alice Sebold – This is one of my favorite books of all time and isn’t your typical ghost story. It’s not scary, but the story is haunting and moving. Susie watches her family, and her murderer, from heaven and struggles to let go of the world she’s no longer a part of. If you’re looking for all the feels this fall and aren’t into super scary ghost stories, this one is for you.

The Grownup by Gillian Flynn – Joli and I read this for our book club earlier this year, and we both really enjoyed it. This isn’t Flynn’s typical fodder – it’s a short story and is a little more quirky than her other books, but it’s definitely creepy. The ending will leave you hanging, making it all the more creeptastic.

Do zombies count? If so, I’d have to say The Girl with All the Gifts, which Janna and I read for book club last year. As soon as I heard “zombies”, I was ready to hate it. And then? I loved it! You just never know.

Friends with Boys by Faith Erin Hicks. The main character of this graphic delight starts high school. It’s hard to make friends, her mother has left the family, and to top it all off, she’s being haunted by 19th century ghost. Not too creepy, super readable. It’s written for teens.

The Night Gardener by Jonathan Auxier. A middle-grade novel about abandoned children who work as servants in a creepy old house where mysterious interlopers go bump in the night. Also, something’s not quite right about the trees.

The House of the Spirits by Isabel Allende – Not a scary story, but I remember loving the character Clara who has psychic powers and a house full of…well, spirits.

Coraline by Neil Gaiman – In a list of “scary” books I can’t ignore my favorite author, Neil Gaiman. Even though Coraline doesn’t have actual ghosts, it’s super creepy, and a fun quick read as it was written for children.

The Tell-Tale Heart by Edgar Allen Poe – I think most of us read this in high school or have heard of it, but October is the perfect time to pull this short story back out. The ghost here is a bit more metaphorical than in other suggestions, but this is an oldie that really is a goodie.

Certainly not the scariest book on this list, the Harry Potter series has to be included. There are poltergeists wandering Hogwarts plain as day! On a bit more Sirius (wink) note however, the characters in JK Rowling’s masterpieces are haunted by much more evil spirits than Nearly Headless Nick.

Oooo! Oooo! How about The Phantom of the Opera? The Phantom is one ghostly presence that never fails to make us feel all the feels.

Pretty much anything by Stephen King. He is by far one of the best storytellers of our time.

What makes your list of haunting tales? Do you love to read about the other world? We would love to hear your ideas and recommendations for stories to chill and thrill us!