ARC Review: The Girls in the Garden by Lisa Jewell 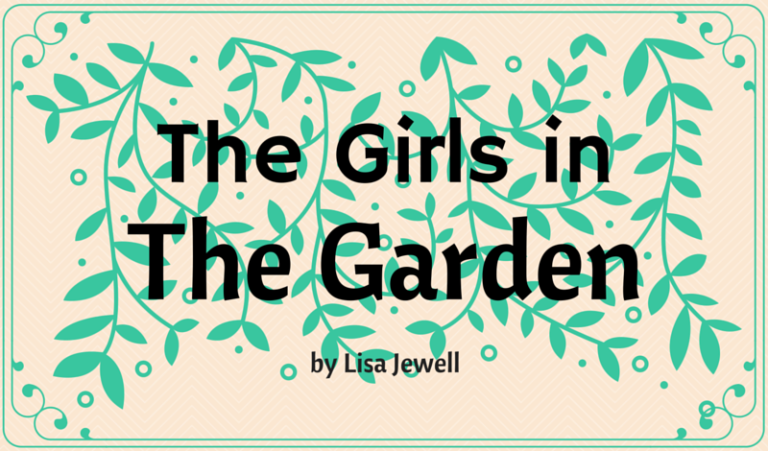 Thanks to Atria Books and NetGalley for this advance copy. The Girls in the Garden comes out tomorrow, June 7th.

If you’re looking for a summer page-turner, The Girls in the Garden is a title to add to your list! I started reading this one a bit slowly, but when I got to about half way, I couldn’t put it down and had to finish it that day. Jewell is clearly a masterful suspenseful storyteller, and I’d pick up any other works by her in a heartbeat.

Picture modern, urban London. The hustle and bustle of people and vehicles on city streets is omnipresent. However, one large community of complexes shares a very large, communal yard space, hidden away from the rest of London. This large garden becomes a small community inside the whole of London, and it’s here that this story is set, when Clare and her two girls (Grace and Pip, ages 12 and 11) move into an apartment in one of the buildings. They’re forced to move when their father has a schizophrenic episode and sets their house on fire, destroying their belongings and home.

Grace and Pip soon discover that the garden isn’t really what it seems to be. There’s a group of other children and teens that hangs out there, that slowly starts to absorb the sisters into their clique. It’s rocky at times, but when the girls start hanging out at the home of another family with three girls, it seems like they’ve been accepted. However, things start to get a little weird, tension builds, and soon, after a neighborhood-wide party, Grace is found unconscious in the garden, bleeding and half naked (not a spoiler – the story begins when Pip finds her in the garden, then we go back in time and then back up to this point).

Because the story starts with the moment Pip finds Grace in the garden, the sense of foreboding I felt throughout the first half of the story kept me really engaged in the story. However, even if I hadn’t known that moment was coming, I think I would have still been emotionally invested. The characters go through a lot – both the adults and the kids. Mental illness, alcoholism, poverty, education and child neglect are all issues that they face, and Jewell made me feel for every one of them.

After the moment where Pip finds Grace, the story keeps you guessing. How did Grace end up that way? Who did it? Was she sexually assaulted? As the story unfurls, I kept changing who I thought the perpetrator was, and what I thought happened. The narrative twisted and turned, and pulled me right along with it.

The story is narrated by several different characters: Pip, Clare, and the neighbor mom of the family with three girls, Adele. Each viewpoint was so different, and very well developed. Clare struggles throughout the story with her husband’s schizophrenia, Pip and Grace experience coming-of-age woes and confusing situations, and Adele has serious doubts and struggles when she suspects her own family may have had a hand in what happened to Grace. Hearing from each of these characters in such fluctuating and confusing moments in their lives was enthralling, and I fell into the story like it was a rabbit hole.

The Girls in the Garden was a suspenseful, enchanting read that I just couldn’t put down. I fell in love with a couple of the characters, and I really felt for them throughout. 4 stars!

[…] novels aren’t usually my favorite thing to read, but after reading Lisa Jewell’s The Girls in the Garden back in 2016, I knew I wanted to read her new release, Then She Was Gone. I was hearing about it […]