Review: Paris, I Love You But You’re Bringing Me Down by Rosecrans Baldwin 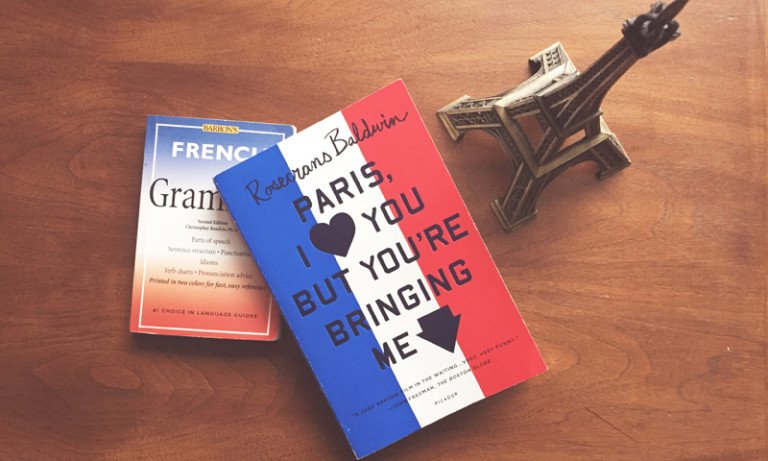 This book is non-fiction, a travelogue written by Rosecrans Baldwin about his experiences as an American ex-pat in Paris. He’s a self-described Francophile, and jumps at the chance to work in Paris as a writer in an advertising agency. There he learns the ups and downs of being a newcomer in a foreign country and muddles through cultural differences and a second language.

I initially picked it up, because like the author, I have a certain fascination for France and its culture, and I will soon be taking my first European trip next month. I have been cognizant that my own hopes and expectations concerning my travels might be romanticized, and I thought it would be interesting to read an account of an ex-pat’s experiences.

I kept notes while I was reading. Most of these notes were reminders of cultural differences between France and the United States. I made note of how awkward I would ever be if I had to exchange la bise with another person. I made note that McDonalds in Paris serves beer and that it’s seen as odd and anti-social to eat at your desk (something I do all the time). I noted that the author’s French office mates had very little qualms about doling out sexist and racist remarks as if it were just a part of ordinary office talk.

However, despite any cultural differences or outsider experiences, it seemed that Baldwin had a grand time. He wrote a lot of the, “Paris, I love you” and not much of the “You’re bringing me down.”

Throughout the book, the author seems entertained and fascinated. It really felt that there was something missing from the writing. I couldn’t put my finger on it until the very end:

She comes along with Baldwin as he takes this once-in-a-lifetime opportunity, yet she is background in his great adventure in Paris. Her missing insights are a great weakness in the book, because it is only near the end that the reader realizes that she is the biggest factor for why they eventually go back to the United States. She seems miserable.

Baldwin writes in passing about his wife’s experiences. Due to complicated bureaucratic reasons, she is unable to work within France. She also does not know the language. She is a writer and spends most of her time alone in a small apartment, working on her writing. However, as noted several times in the book, there is constant construction on all sides of their apartment building during their entire year-and-a-half long stay, so it is difficult for her to concentrate. In the beginning of their stay, she takes French classes, but they then have to cancel these classes due to their cost.

My heart broke for her when they at last discuss their decision to leave, and she says,

You know I’m not the chick who lives in Paris and, whatever, while her husband’s working she decides to learn how to make pastry from scratch. I can’t be someone else.

I can’t speak for the wife on how she really felt. Maybe, for the most part, she had a great time. The problem is that I will never know because that part of the book is ignored, and the reader can only see small snippets into her experience. She’s a professional writer; I would have much preferred to see a shared account of both the author’s and his wife’s experiences. It would make a lost more sense, because the decision to leave Paris just seems like it came out of the blue. But, I’m sure it didn’t. I’m sure Rachel thought about it quite a lot.

Even after Baldwin knows his wife wants to go home, he seems obtuse to her experience. He fondly reminisces about his good times in Paris, while doing his last few advertising assignments (which take him to a tropical island and other European countries, while his wife is alone in Paris). He’s having a blast up until the end. And, by the end of the account, he also has an upcoming book deal in New York.

But, that’s a pretty long title.