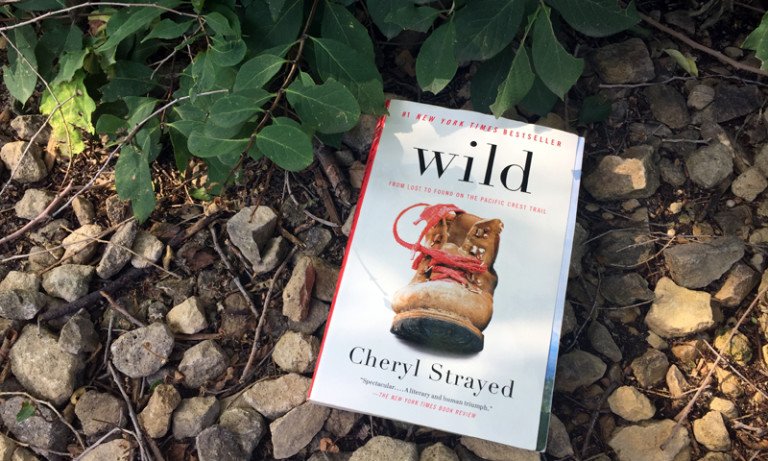 So, I finished Wild. It’s a book that deviates from my usual interests. It’s not horror, it’s not a thriller, it’s not historical. And, I know this is a defeatist way of starting a book, but I was very prepared to hate it. I don’t read self-help, and I have a notable aversion to other people’s quests for enlightenment. I expected Wild to be akin to Eat, Pray, Love by Elizabeth Gilbert, a book I loathed so completely that I threw it across the room midway through and never picked it up to read ever again. So, that was my mindset going in.

But, believe it or not, I was pleasantly surprised. I did not throw this book across the room. I read it, and I kept reading. Ultimately, I enjoyed this book, and coming from someone that doesn’t read too many memoirs, that’s pretty impressive. This book highlights a time in the author’s life following the death of her mother and the disintegration of her family ties. After divorcing her husband in her mid-twenties, she decides to walk the Pacific Crest Trail, albeit without much preparation. The book follows her travels, describes her challenges, and recounts the events in her life that brought her to that moment.

What pains me about some other books in which an author goes out to “find themselves” through travel is the notable economic privilege that allows them to do it, and their obliviousness to that privilege. It’s the reason I had to swallow down vomit as I read Eat, Pray, Love. A lot of people don’t have the luxury to “find themselves.” They have to work or take care of families. However, despite having the freedom to go on this trip, I did not find Cheryl Strayed to be obnoxious nor did she take her travel for granted. Her adept and skilled writing came across as incredibly sincere. The author admits mistakes and writes candidly about her regrets, her challenges, and her flaws. The author is entirely unprepared for the Pacific Crest Trail, and the reader cringes at times at her choices before and on the trail, but this narrative very accurately describes the foibles and naïvety of many in their young adulthood.

Strayed’s descriptions of the landscape and her trek through extreme conditions makes the reader feel as if they were there beside her. One of my favorite passages is merely a description of how much she simply longs for a Lemonade Snapple after weeks on the trail. Her words made me feel a sympathetic thirst for a cool drink. I could almost feel the intense heat, the grime, and the sweat covering her body. Simple pleasures that we take for granted in our everyday lives are described as rich luxuries. A bath, a hamburger, a beer…these are rare and precious, and her descriptions of indulging in them in between stops is incredibly vivid and effective.

I know this book was adapted to film, and I am interested in seeing how the filmmakers decided to portray Strayed’s journey. Ultimately, I was pleasantly surprised by this book, and I would recommend it to anyone looking for some light nonfiction that takes you on a grueling journey without ever leaving your comfy bed.

I also enjoyed this! I cringed at her choices, but came out of the read with admiration for Strayed.