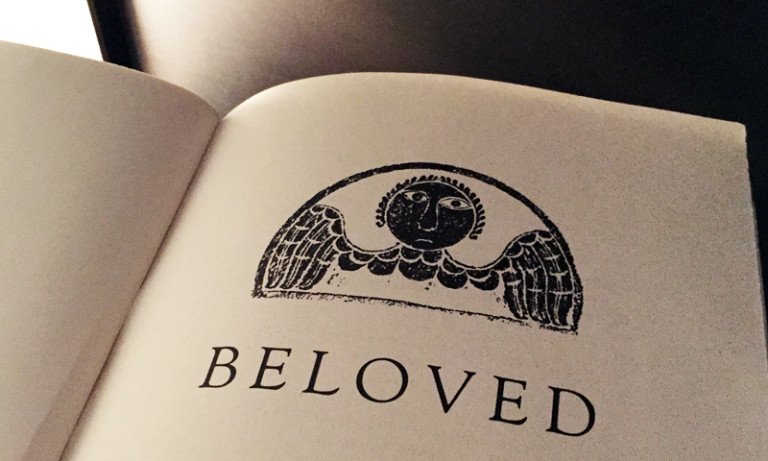 And thus starts one of the best, yet most devastating, novels I have picked up in a long while. Every time I returned to where I left off, picking the book up to start another reading session, it seemed heavier and burdensome, weighted by the raw sorrow that permeated its pages. When I put the book down, I would have to sit quietly for a bit to process the raw realities it presented in the novel—the sickening reality of American slavery, the tragedy of memory, guilt, and regret, and the truth that history reverberates long into the future and haunts for generations.

The story follows the residents of house 124, a black family dismantled by their former enslavement, some years after the end of the Civil War. They are haunted by a raucous, and at times violent, spirit of a baby. It drives away the two young boys of the family, leaving Sethe, her mother-in-law Baby Suggs, and her daughter Denver alone with the spirit and isolated by their surrounding community.

This is a ghost story, but a ghost story unlike any I have ever read before. It focuses on the haunting of the soul, that things cannot be unseen, unfelt, unremembered. The baby ghost is Sethe’s own child, who she killed some years before the Civil War ended, when confronted by her captors who wished to force her family back to the plantation. She would rather kill her own then allow the child to go back to the horror of enslavement. As a result of this terrible event, she is forever haunted by the death of her baby, as well as her life as a slave, the life that brought her to such drastic measures. The following passage describes memory haunting her:

She shook her head from side to side, resigned to her rebellious brain. Why was there nothing it refused? No misery, no regret, no hateful picture too rotten to accept? Like a greedy child it snatched up everything. Just once, could it say, no thank you? I just ate and can’t hold another bite?

The haunting turns from an unseen spirit into a flesh and blood entity, taking the form of a young woman named Beloved who enters Sethe life yet again to consume her with her weighted guilt and memories.

This is a work by an extraordinary author. There is a reason Toni Morrison’s novels are hailed as classics and a reason why this particular novel won the Pulitzer Prize for Fiction. She has a gift for making prose flow like poetry. Heart-achingly beautiful passages and sentences season the novel throughout. The format and style of Toni Morrison’s writing changes between chapters and sections, depending on the point of view of the narrator, and it is masterfully done. It does not feel odd nor does it create difficulty in reading, it only succeeds to solidify the themes of the novel. I added more books by Toni Morrison onto my to-be-read list, as I crave even more of that spectacular writing.

I would like to briefly address the online article on Tor.com that prompted me to read this book. The author argues that Beloved has not been welcomed into the horror genre, when it is in fact a classic of horror. I had a hard time deciding whether I agreed with the author or not. As I said before, this is a ghost story unlike any I have ever read. The terror was hardly in the ghost itself. The true terror within this novel has nothing to do with the supernatural and everything to do with the reality of severe cruelty and the dehumanization of an entire people. It’s the horror of being reminded that slavery existed, that these terrible things happened, and that it’s only been about 150 years since it was legally abolished. So, maybe Beloved is a horror novel, but it is in a class of it’s own.