Review: The Road to Woop Woop

LQ Readers, this one is a good one!! Before I get into my review, I have some amazing things to share with you about this book tour. Meerkat Press sent me a copy of The Road to Woop Woop and Other Stories, by Eugen Bacon, in exchange for an honest review (as we do). They are also hosting a GIVEAWAY, so please go to the link below to enter to win!

Eugen Bacon’s work is cheeky with a fierce intelligence, in prose that’s resplendent, delicious, dark and evocative. NPR called her novel Claiming T-Mo ‘a confounding mysterious tour de force’. The Road to Woop Woop and Other Stories imbues the same lushness in a writerly language that is Bacon’s own. This peculiar hybrid of the untraditional, the extraordinary within, without and along the borders of normalcy will hypnotise and absorb the reader with tales that refuse to be labelled. The stories in this collection are dirges that cross genres in astounding ways. Over 20 provocative tales, with seven original to this collection, by an award-winning African Australian author.

Gosh. Where do I start? Well, I guess, at the beginning.

I am a big fan of short stories. It’s really interesting because I fell into loving short stories because of George RR Martin’s Dreamsongs, Volume I. And it’s also interesting because Bacon’s work absolutely falls into the same genre, of this mix of dark fiction set in realist landscapes with creepy characters and unsettling events. Most importantly, these stories are MEMORABLE. Guys, they’re going to keep me up for nights. There’s a story about a demon baby (it’s my favourite), and another about a relationship that dissolves into thin air.

The other kind of interesting thing about short story compilations is that you might not like each one. I had to really relax into the author’s style, but it took me a little while. Eugen Bacon is clearly brilliant, and certainly has a much deeper vocabulary than your average Joe. Or your average bookworm. So I was a little bit arrested by the language, and this was a barrier to the novel – I don’t think it’s for everyone for this reason – it’s a little bit inaccessible.

Here’s the thing though. This author is so creative, it’s crazy. Another of my favourite selections from this book is a Magician and his understudy/son, who travel back in time to Africa in a time when small villages were razed by white man, and they experiment with manipulating history. It’s just so gosh darn brilliant as a concept, and it mixes the sadness and imposed inevitability of how native African peoples were defeated and opportunities for development ruined. But it also has this whimsical, idealistic approach, where in a blink we could change history. The author challenges us to consider whether the outcome would ever improve with different individuals at the helm. And I thought this was brave, well crafted, and executed with such clarity.

Bacon seems to understand so many cultures that make up her own identity, that she can throw them back at us with a one-two punch. She asks the reader to set themselves in dusty, dry Australian terrain, and shows us this rich metaphoric space that is absolutely influenced by her African roots. While I did sometimes feel that the stories weren’t meant for a reader like me, I feel like they also transcend the issues of today and descend us into fictional madness.

But wait… there’s more!! On today’s review, we are super thankful to Meerkat Press, who are offering a chance to enter a giveaway for a $50 Book Shopping Spree! Enter below for your chance to win!

“The game is alive,” coughed the score worm. It illuminated with body shimmers who was winning. It was the Cyclops.

An umpire blew his horn and the third quarter of the ball game started.

The way the game played was by each group of ten players dodging a ball that was a human skull hurled by the opposing team. Wear had nearly leveled the boned shape to a smooth oval. When it struck a victim, they were banished to the sin bin, sometimes for eons, unless a release deal was struck by song, delivered in prose poetry.

The first quarter had seen the Troika lose a trinity of players and one-third. A third because the precocious fullback was only a child.

During the break, the Troika had put a valiant effort to rescue their trinity, if not the one-third. Their lead siren, a third eye for the nose and fur all over her three bodies, understood the value of a trio. She sang in light waves that accelerated in orthodox lines across the one end of the amphitheater to the other and found refraction in the audience. Resonance jumped between bodies, patterns and frequency emitting a synchronous melody:

Earth stories oblivious to time and space are not our element. Like the boy with cowlick hair and a briefcase on his lap: he is a terrorist. A suicide vest caresses his chest. He smiles. His eyes are a palimpsest swollen with poems about phantom virgins floating in songline. They flow in monochrome, infographics that cascade into the working sea of his creed. No contrition or penance, just a magnificent white bird, yellow-beaked. It supplicates on bended knee but its droppings are full of calligraphy. Text ricochets from bird poop, hopping and skipping in telescopic trails of full stops, semicolons and em dashes. No adjectives as the bomb erupts.

At the end of the tune, the score worm coughed and announced the verdict: “Your song was not quick to transition between notes. It was lacking in the depiction of humankind’s diversity.” 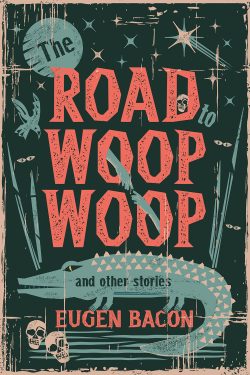