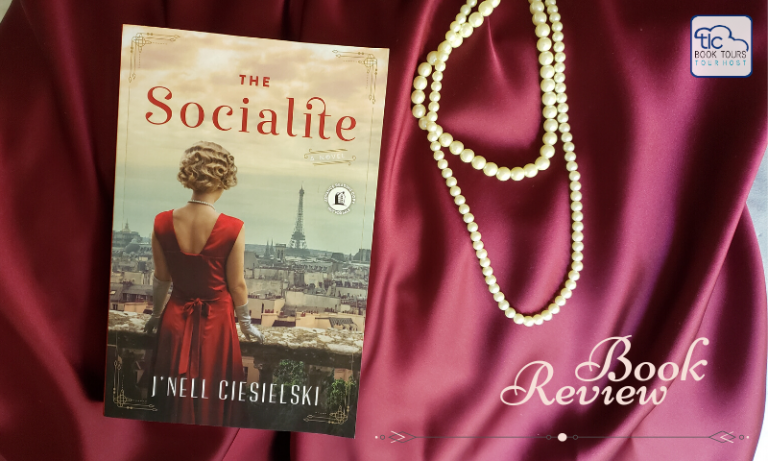 Story: Katherine has always been the sister to obey the rules while her younger sister Eleanor has lived to disobey. After Ellie runs away from home and into the arms of the Nazi party in occupied France in the midst of WWII, Kat finds herself cleaning up another of her sister’s messes as she makes her way to Paris to bring her Ellie back home to England – by any means necessary. What Kat doesn’t know is that her father has hired a local resistance fighter named Barrett to get both of the women home safely.

As Barrett and Kat learn to trust each other, they must also navigate the innermost Nazi circles – passing along vital information for the resistance. Fighting each other, their growing feelings for one another, and the pressing need to extricate themselves from France, the duo must somehow work together to accomplish their shared mission. With so many explosive situations looming, their future is anything but certain.

Light, laughter, and music spilled out of the open windows on the top floor, chilling her to the bone despite the late-July air.

Why: If you didn’t catch our group post on reading for comfort, I mentioned that a good romantic mystery is one of my favorites to lose myself in. Make it historical fiction set during WWII and I pretty much can’t resist! Given the extra time at home, I thought this would be the perfect opportunity to dive into what the book jacket described as “glamour, treachery and romance.” Who isn’t looking for a little adventure right now while we can’t leave the house?!

Without prompting, she followed his lead as if each step were a continuation of his own. As if an invisible string tied them together, they each shifted to follow the slightest vibration of the other.

Opinion: I read The Socialite in two sittings. The first – I got a few chapters in. The second – I could not put it down and finished a little after midnight on a weeknight. The plot is fast-paced and even when I thought I had a good bead on what was going to happen in the next chapter, I had to find out. I also enjoyed the perspective of seeing occupied Paris from the German side. Being “behind enemy lines” added that element of suspense that kept me intrigued and made this a less common read.

As with any romance, there are some extra-convenient moments in The Socialite that are a tad irksome, but J’nell Ciesielski‘s writing style is a great blend of fact and fiction, plot development and character development. There are well-researched details that create a sense of authenticity, while her dialogue is believable and enhances the reader’s understanding of the characters. What I think I’d say I enjoyed most were the more subtle, nuanced moments that Ciesielski creates that let the reader feel a situation or interpret things as he/she would – as opposed to force feeding detailed descriptions.

She’d had a lifetime of learning the social ambiguities of what a person might say versus what they actually meant. A simple miscalculation earned one embarrassment or, at the very worst, a cut from the social group. Here it meant death.

Recommendation: This title will probably skew more toward our romance readers. My fellow WWII era fans may enjoy it as well, but the romantic angle may distract from Ciesielski’s take on the war if that’s why you pick it up. Also, I appreciated that the overtly romantic scenes were suggestive without being risque, though I may still recommend a slightly more mature audience. In general however, The Socialite hits so many of the qualities that I’ve been looking for in a book during this time of quarantine and social distancing, I think it’s a great choice to put on your TBR list!

Trapped in a wooden box, he opened his mouth to scream and choked on the ashes smoldering his tongue. The heat shot out of his mouth to set the box ablaze.

Discussion Questions: I enjoy thinking of questions regarding the books I read, and sometimes, the books provide some as well!

Special thanks to TLC Book Tours for a copy of this book in exchange for my honest review!

With a passion for heart-stopping adventure and sweeping love stories, J’nell Ciesielski weaves fresh takes into romances of times gone by. When not creating dashing heroes and daring heroines, she can be found dreaming of Scotland, indulging in chocolate of any kind, or watching old black and white movies. Winner of the INSPY and the Maggie Award, she is a Florida native who now lives in Virginia with her husband, daughter, and lazy beagle. You sold me on the romance angle! Thank you for being on this tour. Sara @ TLC Book Tours