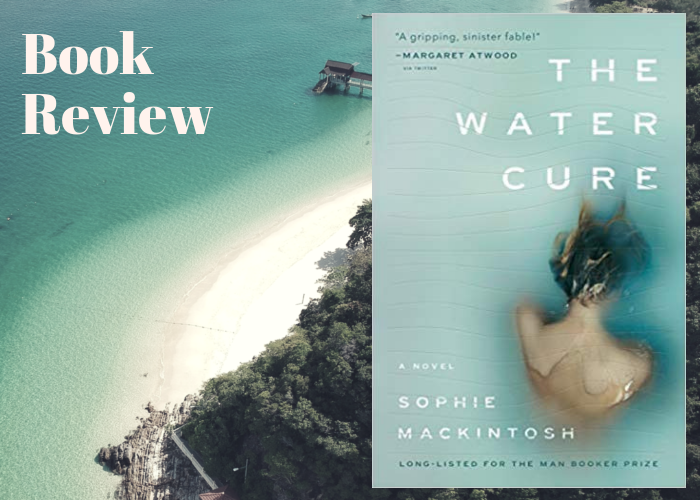 Sophie Mackintosh’s newest novel, which was published just last week, has had the book community abuzz for months. Readers like me, who adore feminist dystopias, couldn’t wait for this story. It’s been called an irresistible combination of The Handmaid’s Tale and The Virgin Suicides

It revolves around a trio of sisters — Grace, Lia and Sky — who are completely isolated on an island. Though they are adults, they have no recollection of life prior to their arrival. Their entire lives revolve around each other, their unnamed mother, their father King, who is the only man they’ve ever seen, and a bizarre series of rituals meant to fortify them against the toxicity of the rest of the world.

King regularly leaves the island for supplies, returning after three days, and when he doesn’t come back, he is presumed dead. Shortly thereafter, three strangers — men — arrive on the island, and though Mother initially resists them, the men are allowed to stay.

New rules are put in place to keep the sisters safe, but Lia is drawn to the novelty of the men. Over the course of a week, the sisters are forced to question everything they’ve been taught. Has their training given them the skills to survive against the unknown?

It is unclear whether the world Mackintosh has painted is truly a dystopia — if their island is a refuge from an otherwise destroyed, possibly toxic world — or simply an isolated cult. What is infinitely clear is that the sisters have undergone sustained mental and physical abuse at the hands of both their parents. The sisters’ narration is, for the most part, emotionally detached and paints an unsettling picture.

I’m not sure it’s the dystopian fix I was craving (or expecting), but I can see the comparisons to The Virgin Suicides — namely in the languid, sister-centric plot. Mackintosh’s writing is what I would call quietly mesmerizing, and the story atmospheric. Everything is at once specific and vague, honestly a bit hard to describe. At under 300 pages, the novel was easy to speed through but it did so in a haunting blur.

I’ve been a fan of feminist dystopias, but have recently gotten tired of them. Maybe just tired period! This one sounds like Gather the Daughters, which came out a year or two ago.

My sense, from your review, is that it was good not great so I’ll probably hold off on it for a bit.