Review: When Women Ruled the World 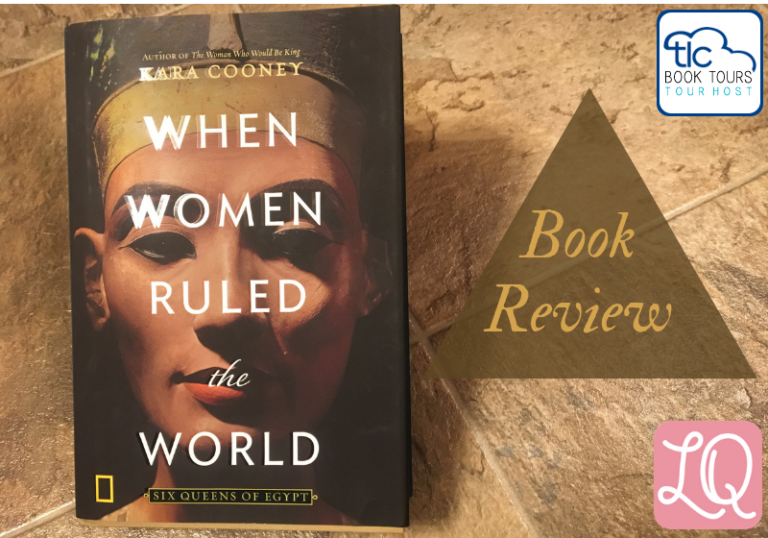 Egypt’s dynasties are full of secrets, and for good reason. The pyramids that stand today are engineering marvels; the dynasty histories rich in both physical wealth and stories alike. When Women Ruled the World therefore hails from a time of great substance, but also great mystery.

When I was a little girl, I LOVED reading the newest National Geographic magazine. To this day my mother has kept most issues, spanning many years of my childhood. Certainly the ancient wonders are my favourites. But of all, the Egyptians stand out as having the most interesting burial rites and entombment practices. Today, those same cultural traditions allow historians and archaeologists to dig for treasures that can piece together a history thousands of years old. It is not surprising then, that a book published by National Geographic would have inset photo pages midway through the novel depicting an artful history. I only wish there were more!

A Note to those interested in When Women Ruled the World: there are over 45 pages of Notes at the back of this book. While I would have preferred footnotes at the bottom of the pages, this is a “can’t miss” reference for the reader.

From a content perspective, I am a little biased. I was looking for a read that was pure non-fiction, composed more appealingly for consumption by avid non-scholarly readers. Instead, When Women Ruled the World actually reads more like a short course in women’s history, with substantive connective tissue linking these ancient Queens with politics coursing through America today. For me, this was disappointing, as I prefer a more timeless classic to stand without setting itself in its published time period. Further, the author’s bias does bleed through the pages when current events does come up, making it slightly less accessible in my opinion.

Overall, When Women Ruled the World left me with a lot of questions about Egyptian history, which I am sure is Cooney’s intent. Did these women know about her predecessors? In some cases, it seems likely. But lacking a comprehensive timeline, it can be tricky for a reader to understand how much time truly separates these dynasties.  Are there more female rulers who have been lost to us? From Cooney’s notes, it seems entirely plausible that the histories of others’ reigns could have been destroyed after their passing. Lastly, I believe the takeaway for us today is that women have ruled before, and women will rule again. It is only a matter of time.

About When Women Ruled the World 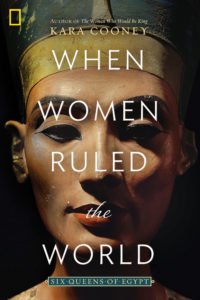 This riveting narrative explores the lives of six remarkable female pharaohs, from Hatshepsut to Cleopatra–women who ruled with real power–and shines a piercing light on our own perceptions of women in power today.

Female rulers are a rare phenomenon–but thousands of years ago in ancient Egypt, women reigned supreme. Regularly, repeatedly, and with impunity, queens like Hatshepsut, Nefertiti, and Cleopatra controlled the totalitarian state as power-brokers and rulers. But throughout human history, women in positions of power were more often used as political pawns in a male-dominated society. What was so special about ancient Egypt that provided women this kind of access to the highest political office? What was it about these women that allowed them to transcend patriarchal obstacles? What did Egypt gain from its liberal reliance on female leadership, and could today’s world learn from its example?

Celebrated Egyptologist Kara Cooney delivers a fascinating tale of female power, exploring the reasons why it has seldom been allowed through the ages, and why we should care.

KARA COONEY is a professor of Egyptology at UCLA. Her academic work focuses on death preparations, afterlife beliefs, and gender studies. She has participated in digs with the Metropolitan Museum of New York at the Royal Pyramid complex of Senwosret III and the Theban Necropolis with Johns Hopkins University. She appeared as a lead expert in the popular Discovery Channel special The Secrets of Egypt’s Lost Queen, and is a recurring team member of the History Channel’s Digging for the Truth. Her book The Woman Who Would Be King was published in 2014.