Review: A Spark of Light 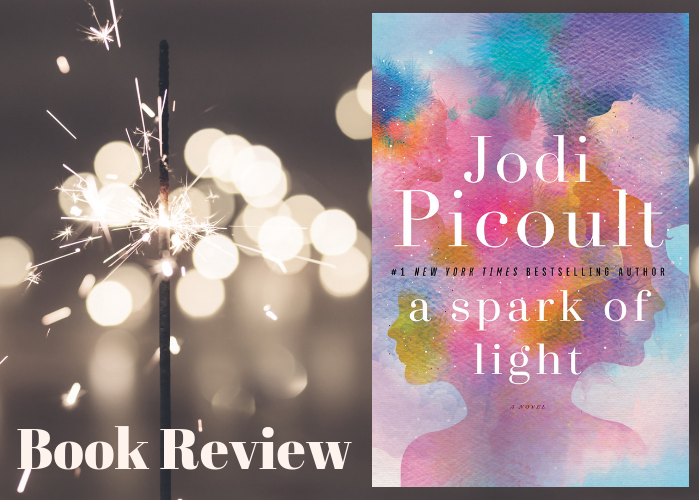 Last year, after over a decade of ignoring Jodi Picoult’s novels — discounting them as romance-y chick lit based on one that I read in college — I picked up Small Great Things. It blew me away. When I heard she had a new novel coming out this year, I immediately added it to my TBR and have been anxiously awaiting its October release.

A Spark of Light takes place in and around an abortion clinic in Mississippi, focusing on one day when there is an active shooter situation. Oddly, I found it both overwhelming and underwhelming.

Picoult chooses to tell the story backwards, starting at the end of the stressful, traumatizing day (5 p.m.) and ending at the beginning (8 a.m.). We are introduced to multiple characters right away, each getting a small portion of the hour’s “chapter.” Wren, who came with her aunt, is a teenage girl inside the clinic. Her father, Hugh, is the hostage negotiator. Within the cast of characters, you’ll also find a doctor, a pregnant nurse, someone who just had an abortion at the clinic, someone who forced a medical abortion at home, an older woman who finds herself at the clinic to review test results, a protestor, and of course, the shooter himself.

The plethora of characters exposes the reader to a lot of backgrounds and viewpoints. The dialogue and some of the backstories were heavy-handed when it came to facts and scientific descriptions. This makes for a well-balanced narrative, but it fails to elicit much emotion. To me, the story felt dispassionate and slow, which is surprising for a story about someone shooting up an abortion clinic.

What I loved about this novel was that Picoult did not shy away from a very tough and controversial topic. It provides a real, human perspective to the issue, but it won’t change anyone’s minds. (And that seems to have been her goal.) Her success makes this a must-read, so perhaps her readers can become better educated on the issue of abortion.

As with Small Great Things, the Author’s Note is where Jodi Picoult shines — so if you do pick this up, don’t skip it. Unlike the novel preceding it, her note is full of passion. Her abundant research is obvious, and her dedication to her writing is admirable. This may not have lived up to my high expectations, but I will definitely be looking out for any new books she writes.