Book vs. Movie: A Wrinkle in Time 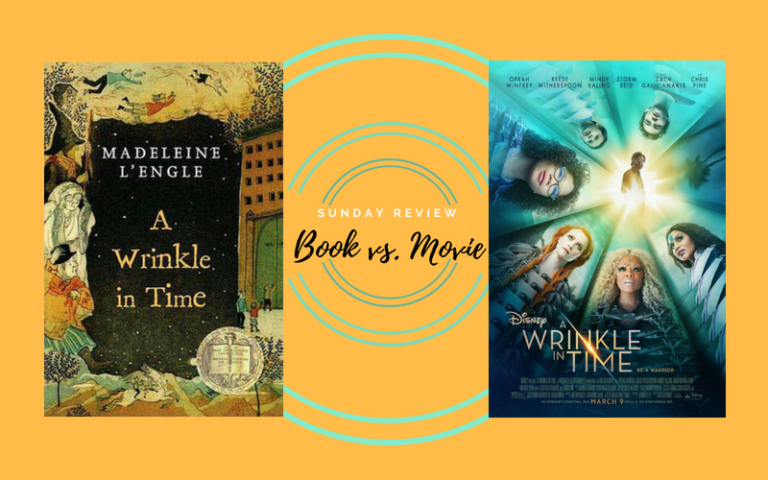 I was first exposed to the Time/Kairos Quintet when I was in 3rd grade. My teacher, Mrs. Graham, read us A Wind in the Door, and like that, I was hooked. So you can say that my returning to this series to review is pretty near and dear to my heart. Even with the passing of 20 years, A Wrinkle in Time, like a little tesseract, is timeless. Re-reading it in my 20’s gave me no less enjoyment than as a child. I love Meg, because she embodies all of the feelings I had at her age about being weird and different. I also think that Calvin is pretty much the epitome of the perfect boy, who is absolutely in awe of Meg’s brilliance. And familial love is so important in this book – while Meg is embarrassed at school of Charles Wallace, she also loves him so deeply that she stubbornly digs in and fights the It to the bitter end. A Wrinkle in Time is unique, incredibly creative, and ahead of its time (ladies and gentlemen, I propose it tessered).

Since the Disney motion picture of A Wrinkle in Time was brought to the much larger than life screen in March, I have been dying to see the adapted film version of one of my most beloved book series. I was very excited to see Reese Witherspoon in particular as part of the cast, since I know she is a voracious reader and even has her own book club called Hello Sunshine!

The best parts about the movie turned out to be:

For me though, there was a huge downside to the movie version. Several scenes were added, and an entire planet was left out. Two characters were even left out – Sandy and Dennys, the older twin brothers. When a film deviates SO far off of a 200 page book, I find this a bit hard to forgive. I also don’t think that the added portions gave quite the “punch” intended. So for me, even though I recognize this is a modern twist on a classic, I would have liked to have seen more of the bones of the story left intact. The novel has become such a classic for a reason!

A Wrinkle in Time – Summary

All in all, I think that the movie is a really great updating of an older novel. But for me on this one the choice is easy – the book wins by quite a bit!

I very much hope that we get to see subsequent series movies come to the big screen!

booksfamilyI would recommend this book to others
Share 0 FacebookTwitterPinterestEmail