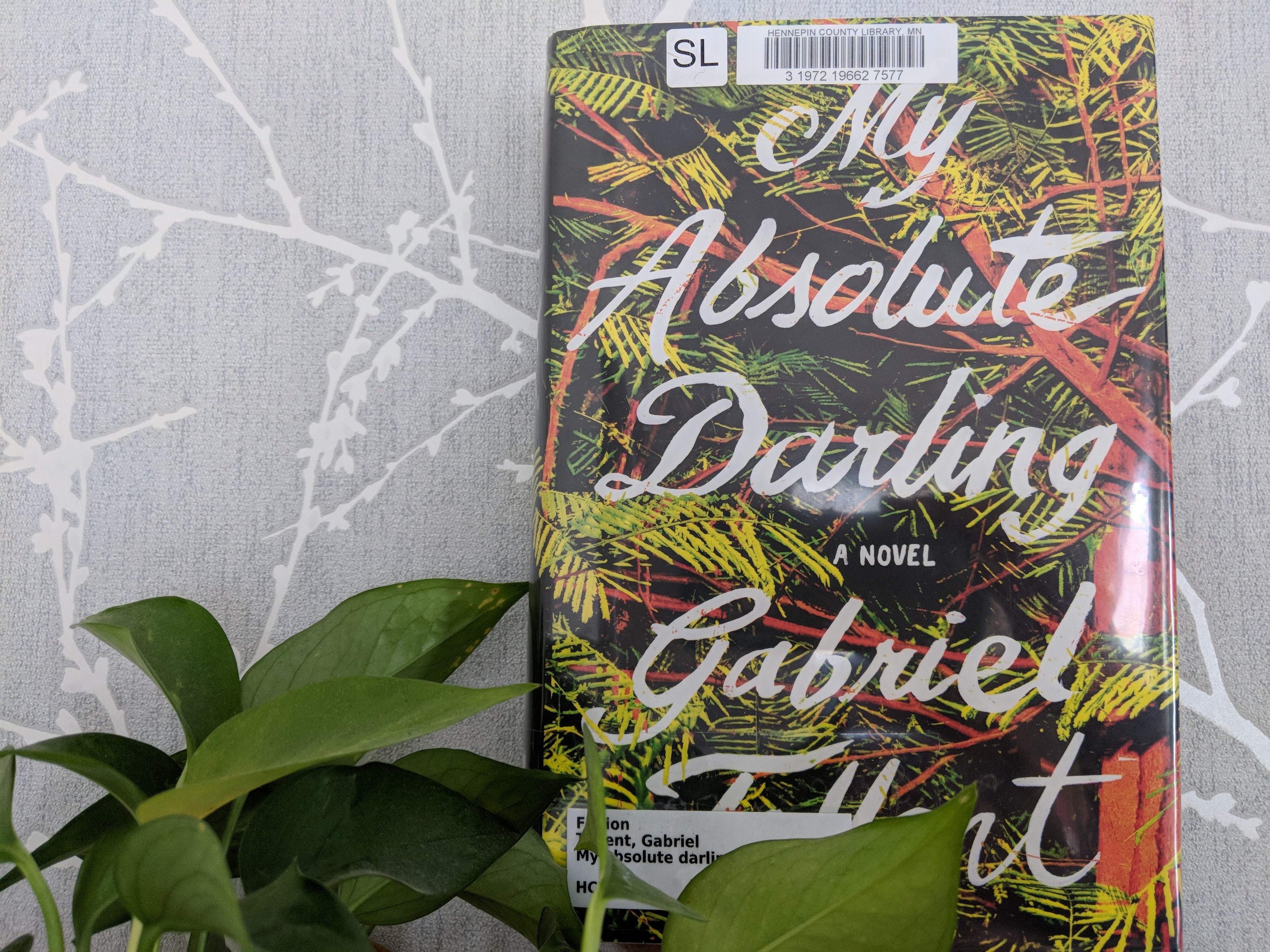 Before I begin with this review, please note that there is a trigger warning: child abuse.

My library always has a display of books that are new to the rotation. I love heading over there every time I pick up something from my holds and checking out what’s in that’s new. It’s never any of the most popular, brand new releases, because those are all checked out right away, but it’s other gems that have been out for long enough to not be constantly checked out, or have slipped under the “big new release” radar.

It’s on that display where I found My Absolute Darling. It immediately caught my eye with its green, leafy cover and funky font. I had seen it somewhere online and knew that it was new, so I had to pick it up and read about it. After reading the synopsis on the inside cover and the quote from Stephen King on the back, I was sold.

What I read there, though, didn’t really prepare me for what I found inside this book. I’ve never read anything like My Absolute Darling before. It captivated me thoroughly, and I raced through it, unable to put it down. It’s fits into sort of a literary fiction/suspense genre, which really isn’t something I’ve come across before.

The basic premise of this book is the coming-of-age story of Turtle, a young teen living in isolated poverty with her abusive, manipulative father outside a town on the Northern California coast. The abusive passages are very hard to read and made me wonder if this was a book that I really wanted to continue with, but I was so captivated by Turtle and her story that I couldn’t stop reading. She’s fierce and scrappy and could live for days in the woods if she chose to, but at the same time, she has that teenage “I’m not good enough and never will be” attitude about herself.

When I was about a quarter of the way through the book, I was so impressed with just how spot-on the author gets teenage girl self-deprecation and how captivating the writing was that I flipped to the back panel to read more about said author. I was incredibly surprised to find the face of a man looking out at me! I just thought for sure it had to be a woman. But no, it’s a man – and a young one. There in the bio, though, I found my answer: Gabriel Tallent spent two seasons leading youth trail crews in the backcountry of the Pacific Northwest. He spent time in the woods witnessing how youth react to one another, and how they feel like they aren’t good enough at anything.

Anyway, back to the book. I don’t want to give too much away, because I really recommend picking this one up. The suspense grows as the story goes on, and I’m not usually a suspense kind of girl, but this literary-fiction-turned-suspense thing was just so interesting to me. You have no idea how it’s going to end, and it’s really unpredictable.

People, I sunk into this book. This book was this blog’s namesake: literary quicksand. It pulled me in, and it held me there. 5 stars.