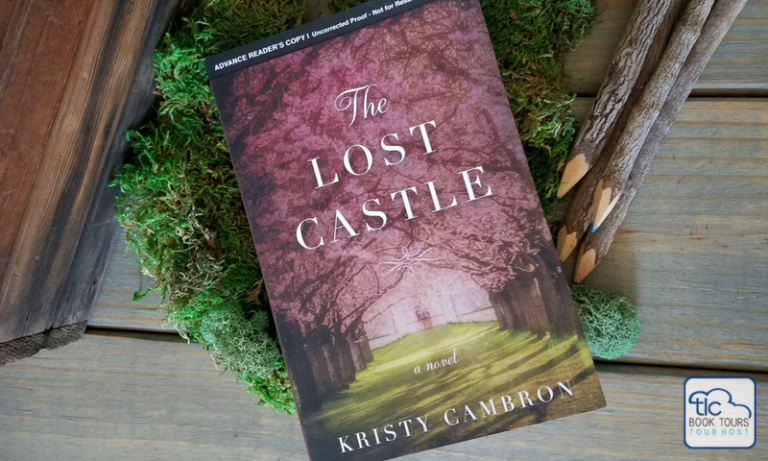 Story: The Lost Castle by Kristy Cambron is the tale of one castle’s impact on three women from very different generations. From the French Revolution we meet Aveline who is set to marry and become duchess of the castle until the fighting literally hits close to home. During World War II, Viola becomes embedded in the French resistance and trapped by the castle’s memories. Finally, at present, Ellie Carver learns that this “Sleeping Beauty” castle has a grip on her grandmother who is fighting Alzheimer’s and vows to uncover the secrets that may ease her mind during her last days. Cambron connects the women and shares their victories and losses in equal measure as Ellie pieces together her own history.

A whisper of stories, hushed for generations, drew Ellie like a string had been tethered to her heart. Enough that she could focus on the silence of the place, as if the hallowed walls and tumbled stones had a secret language all their own.

Why: I’ve found myself drawn to these generational family tales lately, and while the WWII reference certainly piqued my interest, I was actually more drawn to the French Revolution addition! It’s an era I don’t generally read about, but Cambron’s depictions held with the same spirit and strength of character that I’ve come to appreciate about WWII titles/characters. Cambron has also quickly become an author I look forward to reading!

Life was real. And messy. And never as clear-cut as in the pages of fairy stories. Castle or not, there were broken people who had to live in that kind of world.

Opinion: Similar to my experience with The Illusionist’s Apprentice, I read The Lost Castle in basically one sitting on a cold, rainy Sunday. To sum up my opinion, this book would make a FANTASTIC Hallmark Channel movie, and I mean that in the best way possible! Quinn, a character in the book, makes a comment about travelers looking for romance in the French countryside and that is exactly what Cambron delivers. The beautiful setting, the mysterious castle, the seemingly impossible connections becoming reality…it is begging to be filmed! Complete with swoon-worthy epilogue!

Knowing full well that some (my husband included!) find Hallmark movies to be – for lack of a better word – cheesy, I want to quickly dispel the notion that this book is fluffy chick-lit. While I may recommend it to folks that enjoy that genre, it is much more artfully crafted. The small details and elaborate settings that I feel Cambron does well are what creates these sweeping images reminiscent of the cinema. I will admit the endings are a bit convenient, but I closed the book satisfied. Although, it does help that I believe there will be a least a sequel to this, if not more!

Recommendation:  If you enjoy Hallmark movies, you will enjoy this book. The end. (No, this review isn’t an ad for Hallmark…)

Ok, ok I’ll elaborate. This is not your typical war novel. It is much more suited for the family drama seekers and romance readers than wartime literature lovers. I’d say that if you’re looking for a touching read about people sorting through difficult emotions that isn’t going to make you ugly cry, this is a great title to consider. The writing is accessible but poignant, and the characters/plot deep without slowing down the pace of the story. As a last note, I think this would make an excellent travel or vacation read. Shorter chapters that have just enough cliff hangers to keep you engaged, while allowing for more frequent interruptions!

Though time-weathered and now buried under thicket and thorn, this place was familiar; an ethereal memory she hadn’t lived herself, but one that remained etched in her mind nonetheless.

Journaling Prompts: (If you haven’t read any of my other reviews, I enjoy putting together a few questions about the book for those that have already read, or choose to read the book after viewing this post! There are also some great questions at the end of this book, a couple are paraphrased below and marked with an asterisk*.)

[…] and actually chose to read this title in part because it was a split narrative. Inspired by The Lost Castle and The Wicked City, I’ve also been reading more generational novels the emphasize how our […]

[…] of Queen Victoria. In The Painted Castle, Keira Foley – sister to Quinn and Cormac of The Lost Castle and Castle on the Rise – is asked to authenticate a rare painting of the queen in a […]