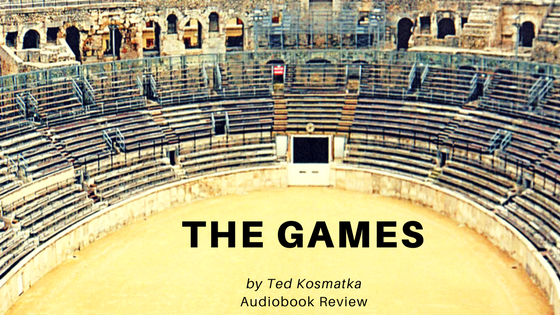 I listened to The Games by Ted Kosmatka while we traveled from Duluth, MN to Rapid City, SD.

All the hot new releases seem to always have a long holding period so I strolled the aisles at the library, found the sci-fi section, and this one spoke to me.

And, I’m glad we listened to it.

Without giving anything away, it’s about a World Olympics event. But, instead of competing in figure skiing and volleyball, each country must create a creature with absolutely no human DNA in it.

Think Hunger Games, but with scary creatures instead of humans.

Silas, the geneticist, is our protagonist. Throughout the story, he’s in charge of making sure the U.S. Gladiator doesn’t get out of control.

His boss, the gladiator designer, tells the supercomputer to build something that cannot be beaten in The Games.

There’s also a bit of a love story with xenobiologist, Vidonia João. Due to a lot of unknown with the supercomputer, Silas and Vidonia work together to figure out what exactly was built.

Moral of the story: Nothing should ever be built that cannot be destroyed.

The character development could have been better. I didn’t feel like they gave everyone enough to be emotionally connected to any of the characters.

For this scenario, I was just looking for something that would keep us entertained during the 12-hour drive.

It would have been a page-turner had I read the print edition.

The action did not disappoint!

I’d recommend this book to those who enjoyed Hunger Games, Jurassic Park, and The Gladiator.