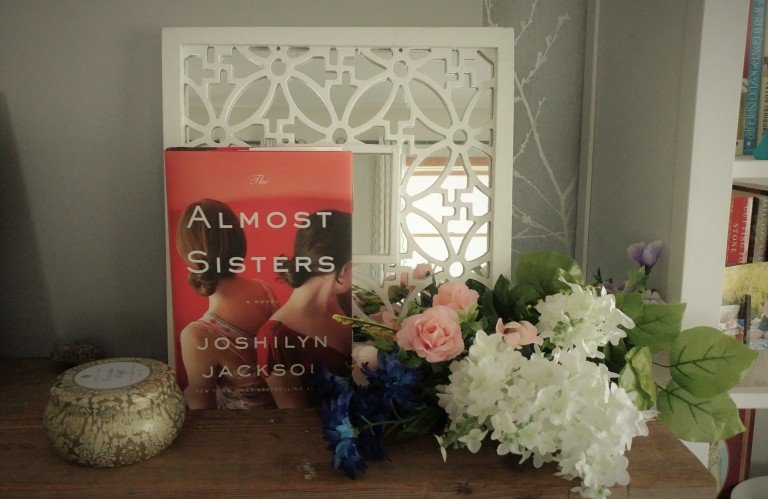 When Janna posted her review of Joshilyn Jackson’s The Opposite of Everyone, I knew I wanted to read one of her books. At the beginning of July, I saw that she had a new one coming out – The Almost Sisters. Perfect!

The Almost Sisters is set in Alabama. Mostly, it’s a story about family – our ties, our shortcomings, our differences, and our loves. Goodreads says:

With empathy, grace, humor, and piercing insight, the author of gods in Alabama pens a powerful, emotionally resonant novel of the South that confronts the truth about privilege, family, and the distinctions between perception and reality—the stories we tell ourselves about our origins and who we really are.

I loved the main character of this book…she’s a huge nerd. Of course, she’s a comic book nerd and I’m not, but any kind of book nerd is my kind of gal 😉

At first, I thought this might be a girly beach read, but found that this novel goes far deeper than that. The story made me have a difficult time putting the book down, and the quality of Jackson’s writing had me loving every bit of it. I loved her characters – they were well developed and spot on.

Here’s the rest of the synopsis:

Superheroes have always been Leia Birch Briggs’ weakness. One tequila-soaked night at a comics convention, the usually level-headed graphic novelist is swept off her barstool by a handsome and anonymous Batman.

It turns out the caped crusader has left her with more than just a nice, fuzzy memory. She’s having a baby boy–an unexpected but not unhappy development in the thirty-eight year-old’s life. But before Leia can break the news of her impending single-motherhood (including the fact that her baby is biracial) to her conventional, Southern family, her step-sister Rachel’s marriage implodes. Worse, she learns her beloved ninety-year-old grandmother, Birchie, is losing her mind, and she’s been hiding her dementia with the help of Wattie, her best friend since girlhood.

Leia returns to Alabama to put her grandmother’s affairs in order, clean out the big Victorian that has been in the Birch family for generations, and tell her family that she’s pregnant. Yet just when Leia thinks she’s got it all under control, she learns that illness is not the only thing Birchie’s been hiding. Tucked in the attic is a dangerous secret with roots that reach all the way back to the Civil War. Its exposure threatens the family’s freedom and future, and it will change everything about how Leia sees herself and her sister, her son and his missing father, and the world she thinks she knows.

The themes of family and race are really well done. I think Jackson did an amazing job of capturing the spectrum of family relationships that we all have in our lives, and the book made me think about my own relationships.

I recommend The Almost Sisters to anyone who enjoys great fiction that explores family relationships and race, and how those themes shape who we are as sisters, brothers, daughters, sons, husbands, wives – all kinds of family. Even the hidden kinds.

Ooo can’t wait to read this. I loved Opposite of Everyone.

[…] Truthfully, all of the characters in The Almost Sisters are well-written and believable. I can easily picture the nosy neighbors in town and the immediate members of Leia’s family. Nothing they say or do feels unnatural, which kept me engrossed in the story. As a result, I flew this book like it was a summer beach read. Joli read this one last summer and recommends it as well! You can find her review here. […]