Review: The Women in the Castle 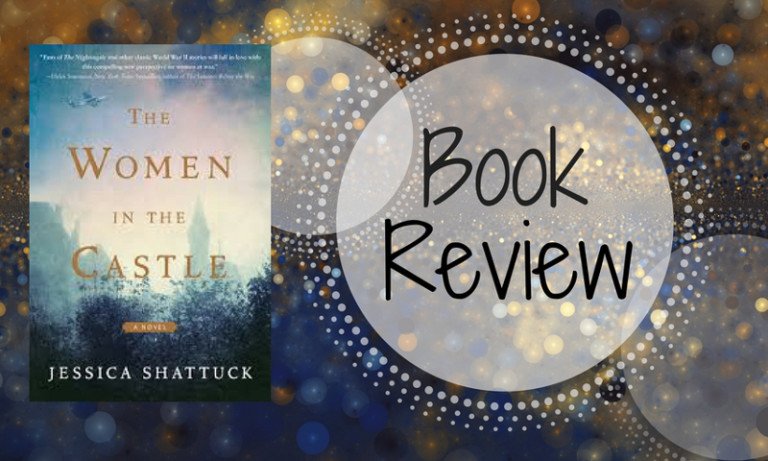 I’ve been looking forward to reading this book for awhile. I love historical fiction, especially when it’s set during World War II. This book also had an interesting take — it focused on women’s lives after the war was over. So I had high expectations, and Jessica Shattuck’s The Women in the Castle did not disappoint.

The book begins at a pre-WWII party in an old German castle amidst a plot to take Hitler’s life. It then touches briefly on the war, focusing mostly on the post-war years and eventually spanning a few decades.

It’s hard to write a synopsis of this novel because it spans such a huge period of time, but the gist is that it focuses on the lives of three German women after the war. Marianne is the leader, rounding up women whose husbands were killed for participating in the resistance plot. She’s the widow of an aristocrat whose family owns Burg Lingenfels, the castle. Marianne quickly locates Benita, a farm girl who married Marianne’s childhood friend Martin, and Ania, a woman with a mysterious past, along with their children.

The women and children move into the castle together, forming their own eclectic family. They work to piece their lives back together, struggling with grief, domestic duties, social differences, the past, motherhood, post-war hardships, scavenging prisoners of war, and more.

I liked this book because the stories felt real. No woman was perfect and no woman made all of the right choices. Their lives were complicated and messy, as lives are. And no one can escape the past, no matter how she might want to. The story feels very real in this aspect. It also spans many years — from before the war to 1991 — so the reader can see the repercussions of the war in the years to come. It’s not as simple as surviving, as what a person survives shapes his or her existence, decisions, and relationships.

The story is told via an interesting timeline that frequently switches perspective and time period. I liked what this revealed about each woman, showing the lasting effects of war and trauma. This is evident in the women’s interactions with their children, grandchildren, and each other over the decades following the war. Additionally, each character was fully developed and unique. I also loved the writing, which is vivid and beautiful — the reader can fully and easily envision each scene in the story.

However, as much as I liked what the jumping timeline revealed, I disliked the execution. I felt constantly disrupted and disoriented in the story, since just as I was getting into one woman’s story in one time and place, the story would switch to another woman in another time and place. This was constant up until the last few chapters of the book. I felt taken out of the story each time, and would have preferred a deeper dive into each character, perhaps focusing more heavily on the years following the war.

I will say though that this story comes full circle — which is very satisfying as a reader — as it begins and ends in the castle. It also asks important questions about this time period and examines the reactions of individuals and society. I think it’s an important read from this perspective, and isn’t the typical WWII novel. It gets into deeper social and economic issues of this time period than other WWII fiction I’ve read.

Overall, I recommend this book, as the women’s stories and writing are excellent.

Thank you to TLC Book Tours for providing me with a free copy of this book in exchange for my honest review. If you’re interested in purchasing The Women in the Castle, here are links to purchase this book or add it to your TBR list. You can also check out the author’s website.