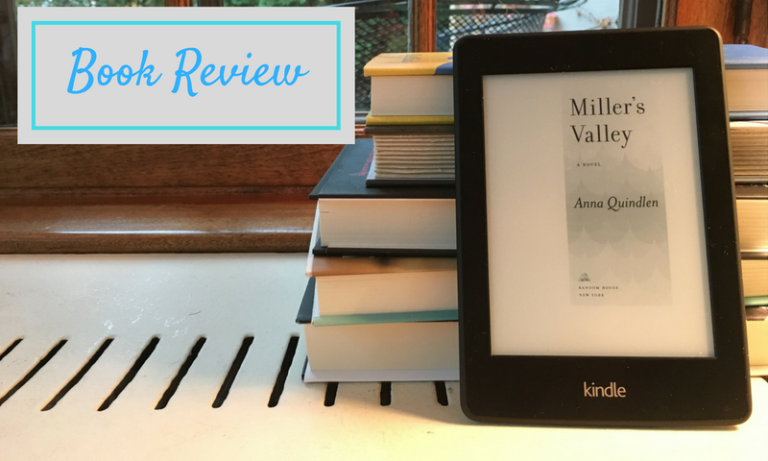 In a story that’s at once sprawling and hyper-local, Anna Quindlen renders an immensely likable main character. Our narrator is a girl, bound-and-determined to both hold on to the dearest things, and to shake off the oppressive habits of her family’s small-town life. Quindlen gives this girl, Mary Margaret Miller – Mimi – an epic problem. Miller’s Valley, the book’s eponymous setting, is set to be flooded in the name of water management, washing away her family’s house and livelihood, their memories, and maybe a few of their secrets, too.

The Miller home sits at the lowest point on soggy patch of land in small-town Pennsylvania. The family has farmed their 6000 acres there as long as anybody can remember. When Mimi’s brother Tommy asks his little sister whether she likes Miller’s Valley, she tells us, “The truth was, I never thought much about it… I wasn’t ignorant; I knew there was a world outside. I just had a hard time imagining it.”

As a teenager, though, Mimi begins to feel the town closing in. She sees that her options in Miller’s Valley are limited to waitressing in the diner, which she does to stash away money for college, or nursing, like her mother has done before her. Before Vietnam renders him rootless, her brother Tommy urges her away from these two scenarios: “You come up with your own plan, Meems. No matter what happens.”

And she does. Through pluck and determination, Mimi navigates the 1970s and 80s, carving a way out for herself while more and more denizens of the Valley sell their land to the state, moving to higher ground. Mimi’s parents, though, they stay put. As does Mimi’s Aunt Ruth, an agoraphobe who lives in her own small house behind the Millers’. The constants of Ruth’s presence and her paralysis illustrate for Mimi the the dangers of inaction.

Along the way to adulthood, Mimi relies on the detached pragmatism of her mother and marks time by the inevitable tragedies that punctuate, and perhaps divert all of our lives. “Escaping” is neither desirable nor possible, but Mimi knows she can’t stay – if she does, she’ll simply drown, either in the state’s reservoir or in a sinkhole of obligation and routine.

Looking back now, I’m realizing the book has a melancholy feel. But, during the reading, I had a sense that I was marching hopefully with Mimi through the muck toward something better. Mimi says, “It’s the strange little moments that live inside you and keep peeking out the windows that open suddenly in your mind.” She shares these moments, as well as the broader strokes with us – discoveries about love, marriage, sex, illness, and secrets. As her family holds out against the flooding of their town, Mimi invites us to ask, What are we trying to save, anyway?

While I would have recommend this book regardless, I came to have an even deeper appreciation for it after hearing Quindlen speak in September. I’ve always been a fan, but now I consider this “capital-F Feminist” writer, as she called herself during her lecture, a personal hero.

Maybe not so much if: You need a lot of action to propel you through a story. This is definitely more character driven.

[…] novel. I’ve had her on my list ever since one of our previous contributors, Kathleen, reviewed Miller’s Valley. I’d known of Quindlen for a while, and Kathleen’s review made her writing sound right […]