Review: The Opposite of Everyone 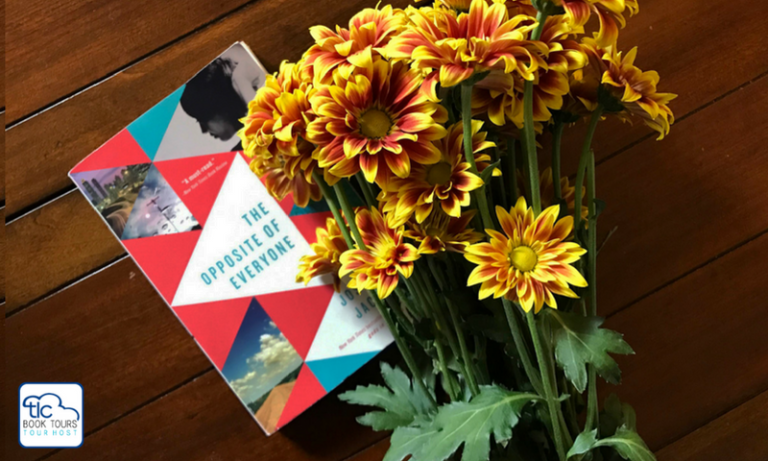 I hadn’t read anything by Joshilyn Jackson before picking up The Opposite of Everyone, but I most certainly plan to now. This book pleasantly surprised me after what I thought was a slow start, but quickly turned into one of my favorite reads in awhile.

The Opposite of Everyone tells the story of Paula Voss, a powerful divorce lawyer, and her estranged mother, Kai. Paula receives a cryptic note from Kai and suddenly Paula realizes she is an older sister and no longer an only child. Paula is forced to ask herself what family means and whether she’s equipped to have one. The story jumps between Paula’s present and her past, slowly revealing why she and Kai haven’t spoken to each other in over 10 years. With quirky characters like Birdwine, Paula’s ex-lover, private detective, and practicing alcoholic, The Opposite of Everyone tells a fully-fleshed story that is witty and painful at the same time.

The story heavily relies on Kai’s storytelling, which centers on Hindu mythology. Kai even goes so far as to name Paula after the Hindu goddess of destruction and death, Kali. Often, the stories Kai tells feature Kali and bring Paula comfort, life lessons, and sometimes, confusion. These stories make the larger story feel hazy, mysterious, and powerful.

“‘I’m going to tell you something that happened a long time ago. A very long time ago, but it’s happening right now.’” That’s how Kai begins her bedtime stories. This is her way of saying once upon a time.”

Obviously, I really enjoyed Jackson’s writing style. She balances straightforward dialogue with dreamy observations and internal dialogue. But what Jackson does best is build the complicated relationship between Kai and Paula, without the reader ever meeting Kai in present day. We only see Kai through the eyes of pre-teen Paula, which makes Kai seem a bit fairy-tale like. At first, I wasn’t sure what to think of Paula; she’s relatively abrasive and seems like the stereotypical Type A neurotic business woman. Thankfully, the story provides understandable reasons for her personality .

“But I was born in Alabama. My mother invoked Kali on the black and bloody soil of the American South, and she didn’t get renewal, hope, or springtime. She got me.”

Overall, the plot isn’t what I expected (in a good way) and the ending is touching and sweet. If you appreciate good storytelling, interesting characters, and the potential tear rolling down your cheek, I would recommend this. 4 out of 5 stars.

I had the pleasure of reading this book with a free copy from TLC Book Tours in exchange for my honest review.

[…] Janna posted her review of Joshilyn Jackson’s The Opposite of Everyone, I knew I wanted to read one of her books. At the beginning of July, I saw that she had a new one […]