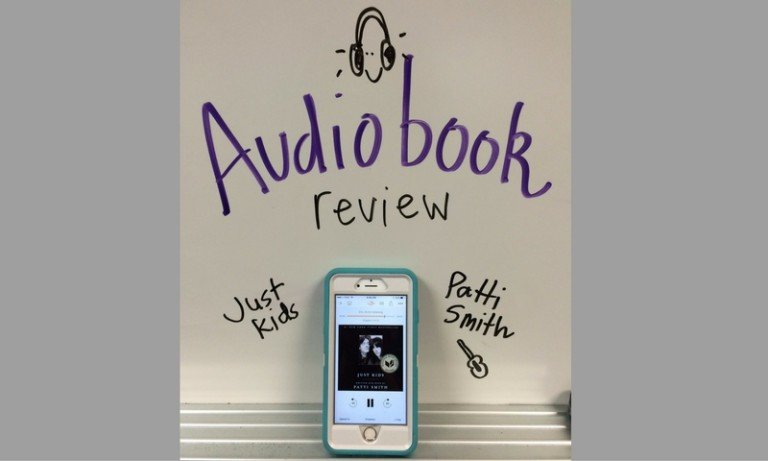 I’ve been meaning to read Patti Smith’s National Book Award Winner for years. Finally, I downloaded Just Kids on Audible and quickly became immersed in the poet’s low and steady, yet evocative narration.

The Story: Smith chronicles her relationship with the artist Robert Mapplethorpe. The two pledged themselves to one another as artistic companions and unconditional friends, and sustained their sweet relationship through many iterations of their lives. The story of Mapplethorpe’s 1989 death from complications of AIDS bookends Smith’s retelling. In an interview with the National Book Foundation, Smith says, “The most important task was to give Robert to the reader.” As she does – conveying his eccentricities with love, appreciation, and empathy – she also builds a tribute to the artist’s life. In spare sentences, she crescendos each episode with a stirring reminder of the essential: to produce work at all costs.

The Writing: Deceptively simple. Everything seems sort of regular until you’re stunned by the beauty of a particular sentence. This happens over and over again. Hypnotic and undulating, the more I think about this book, the more I like it.

The Recording: Spare and understated, like the text. At one point, Smith sings a few lines of poetry, and I had chills. I talked about this memoir with a colleague with whom I generally have reading affinity, and she didn’t care for this one. We wondered together if the reason I love it is that I listened to it. I do feel I missed out on the visual aspect of the book, though – the accompanying photographs that might have provided a different kind of immediacy to Manhattan in the 60s and 70s.

The Bottom Line: This joins the list of “like nothing I’ve reads,” and I’m leaving it with a deep admiration for Smith’s devotion to Robert Mapplethorpe and to making art.