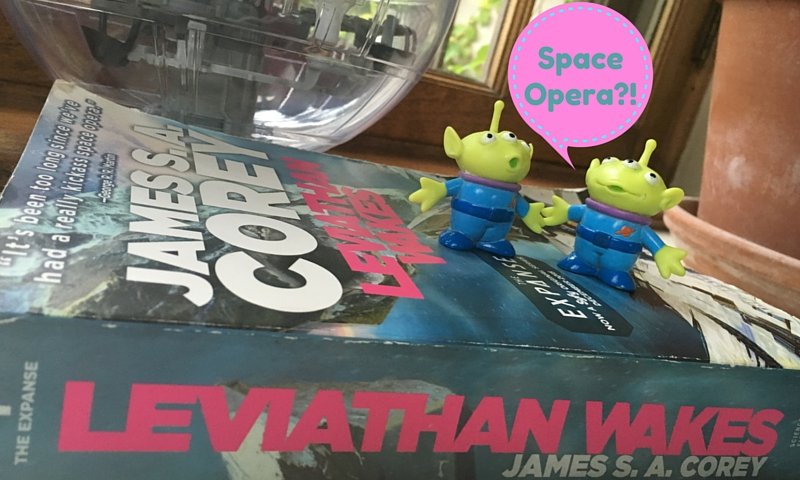 “Is that a space ship on the cover of that book?” my friend asked incredulously, as I settled in next to her with Leviathan Wakes.

And it’s true that when I started this novel, the first book in the Expanse series and the basis for the show on the SyFy channel, I had never even heard the term “space opera.”  Apparently, it’s a whole legit sub-genre of science fiction which includes such interplanetary adventures as the Ender’s Game series and (duh) Star Wars.  It’s like “soap opera,” but in space and with warfare. As I’m relatively inexperienced in speculative science fiction and therefore can’t give a contextualized review, I’m going to instead offer some pros and cons for reading this book.

My gut feeling is that you already know if it’s your thing, but maybe you’ll be surprised.

Reasons to Read It:

Reasons to Skip It:

Overall, I’m glad I read this, but I won’t read the next books in the series.  What about you? Will you immerse yourself in space opera?!  Have you ever branched out to a new genre and found it rewarding?  I’d love to know.