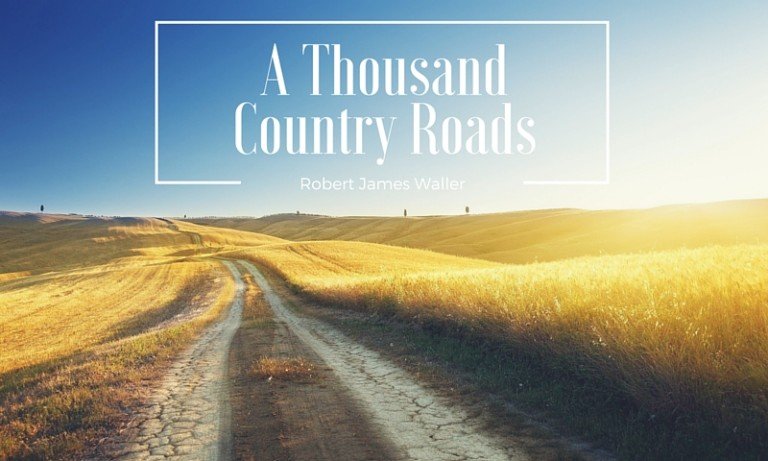 Why: This is the “epilogue” to The Bridges of Madison County, and I am a complete-ist (or at least I would be if such a thing existed). It is my definition for someone who has to complete series and has to finish what is started. If you’ve read my review of The Bridges of Madison County you know that I wasn’t a huge fan. So it makes little sense that I would then pick up the second book on the material, but I had to. I felt an obligation to see it through. Then I heard fellow contributor Whit’s assertion that this was “the saddest book ever” and that it would “wreck” me. Joy.

Once more, for the peregrines, the strangers, last cowboys. And for all the readers who asked about the rest of the story. In all, a book of endings.

The Story: While Bridges was the story of Francesca Johnson and Robert Kincaid, the primary point of view was from Francesca. This tale focuses on Robert Kincaid and fills in some of the holes that provide an idea of how and why he is one of the last of the cowboys. We learn of Kincaid’s years between his military service and his fateful tryst with Mrs. Johnson, as well as (of course) what transpired post-Iowa. There are also sub-narratives of Wynn and Carlisle McMillan who add to the depth of Robert Kincaid’s persona. Don’t worry Team Francesca, she hasn’t been forgotten, and her small role in this novel is both meaningful and heart-wrenching.

Crouched there with fog on the water, fog at the door, and the footprints of all the years upon him. Crouched at the edge of…what? Nothing.

Opinion: I have to agree with Whit. This is one of the saddest books I’ve ever experienced. Sure, I’ve read sadder story lines, but because Robert James Waller uses his words to develop his characters instead of intricate plot twists, you become attached to his characters and are invested in their struggles and their pain. I kept expecting to burst into tears on the next page despite my strong desire to remain aloof.

In general, I had many of the same mixed emotions that I was left with after Bridges. I appreciate the quality of the writing and the character development, but I just can’t tell you I liked it! Maybe if I would have started reading it immediately after reading Bridges, I would have gotten into it more quickly and deeply? To some degree, I believe that this novel is a literary version of Robert Kincaid – a bit vague and mysterious, a continuum of past, present and future.

In those eyes, and also in his movements, was a quality that simultaneously was fearsome and loving, something of the warrior and a hint of the poet, as if he were one together with some other time far back and ever gone.

Recommendation: This is not a book to pick up and read on its own. It is truly meant to be read as part of a pair, and without Bridges, A Thousand Country Roads loses its impact. This is also not a book for someone who craves chronological plot and linear development. It is for those that believe in fate and love and a rich, honest, quality life. It is for those who see the “beauty of caprice” and those who appreciate the quiet, yet meaningful moments in each personal history. It is for the compete-ists and the last of the cowboys.

…the elegance of whimsy had always fascinated Kincaid. The beauty of caprice, as he called it. Such patterns were everywhere if you knew how to see them. Epilogue: A concluding part added to a literary work.

Ten years and twelve million copies after the first printing of The Bridges of Madison County, Robert James Waller brings to a poignant conclusion his story of the love affair between a wandering photographer and the conventional wife of an Iowa farmer.

In A Thousand Country Roads, Robert Kincaid initially finds himself with little but memories of a lonely existence lived mostly on the road and memories of Francesca Johnson, the woman whose passion he stirred so briefly and with such power.

So, with his memories pushing him, searching for something undefined, something to give meaning to the rest of his life, Kincaid takes to the road again in what becomes a journey of discovery and surprise.

With his dog Highway beside him in an old truck named Harry, Kincaid begins a long winding run back to Roseman Bridge in Madison County, Iowa, returning to the place of his great love affair.

Living her own solitary life, Francesca still visits Roseman Bridge and reflects on her days and nights with Robert Kincaid. Cherishing the memory of the strange, wandering man who changed her world, she vows to search for him.

On the expedition he calls Last Time, Kincaid wanders through Oregon, northern California, eastward to the Dakotas, and on to Iowa. Along the way, a chance encounter with a woman from his distant past reveals another dimension of his life he could not have imagined.

Finally, in a Seattle bar called Shorty’s, where saxophonist Nighthawk Cummings still plays on Tuesday nights, Kincaid turns in his chair, looking inward and outward at the same time, and smiles at what he sees sitting before him.

And so it comes, the ultimate loner finds he is not as alone as he once believed.