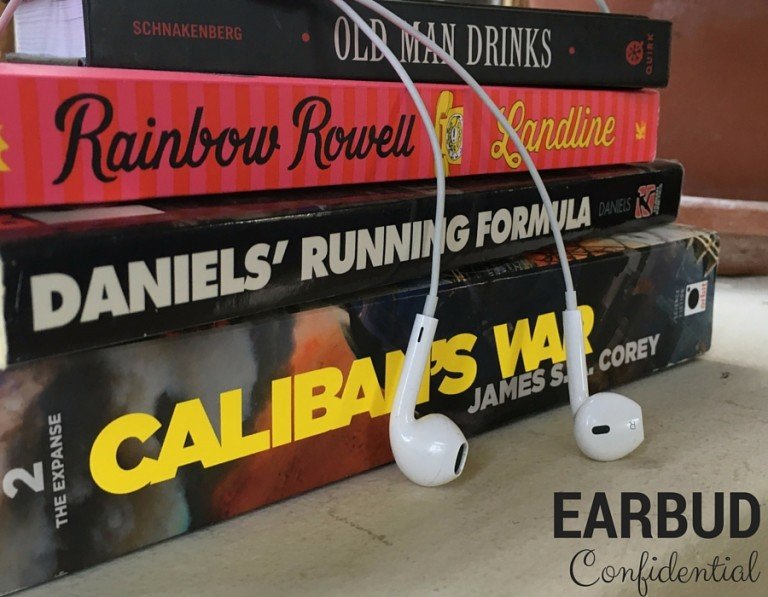 I’m an audiobook devotee, and here’s why:

Starting your audiobook life or looking for your next great listen?  Here are five of my faves – titles that kept me on the treadmill for miles at a time.

Am I missing one of your favorites?  Help me spend my next Audible credit in the comments!

I always listen to podcasts when I’m driving or folding laundry. I really should just invest in audiobooks because I’m a lover of multi-tasking too! (P.S. You probably didn’t give anything away, but I purposely skipped over the section about The Girl on the Train. I don’t want to know anything about it before I finish it!)

Haha – I gave NOTHING away on Girl on the Train. You and I both love thrillers! I wouldn’t dream of spoiling!!

Thanks for writing this! I also LOVE audible (how else to get ready in the morning or drive anywhere?!) and definitely plan to check these books out.

My favorite audio books so far have been anything by Ken Follet that John Lee reads — especially the Century Trilogy, starting with Fall of Giants. The Call the Midwife series, read by Nicola Barber, is also fantastic. Both are very talented narrators who bring a diverse group of characters to life. Can’t say enough good things :).

For a fun and kind of quirky listen, I recommend Lafayette in the Somewhat United States, written and read by Sarah Vowell. She’s very entertaining.

Ooh! Thanks, Aubrey – you are the second person to recommend Lafayette as a listen. I’m adding it to my Goodreads right now. And, I’m a huge fan of the Call the Midwife show – I should try the books!

This is inspiring me to try an audiobook! I keep thinking I don’t have time to listen to one, but maybe that’s because I neglect doing chores? Hahaha, maybe downloading an audiobook will help me stop leaving the house a mess 😀

[…] fellow LQ contributor, Kathleen, included The Girl on the Train in her list of captivating audiobooks to listen to, and I am happy to say that I wholeheartedly agree with her: This novel is a roller coaster ride of […]