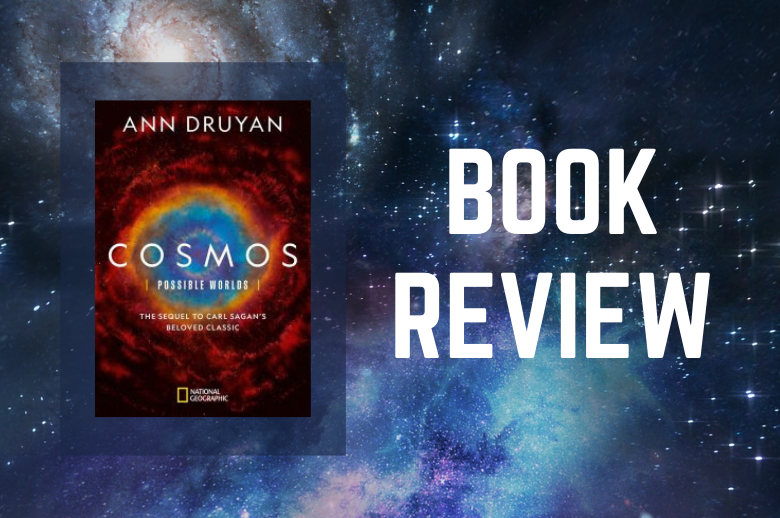 Ann Druyan’s Cosmos: Possible Worlds is a companion book to the National Geographic Cosmos series, and picks up on the work of the author’s late husband, Carl Sagan and the first Cosmos series. Starting with the 1939 World’s Fair, Druyan walks us through major scientific discoveries and achievements from how life began on our own planet to attempts to see if life exists elsewhere in the universe. Packed with both scientific information and beautiful, full color photographs, this is a beautifully designed book.

We’re big lovers of science and Sagan in our house, and the chance to read Druyan’s continuation of Cosmos was further evidence of how great she and Sagan were at demonstrating their love of science for the general population. Druyan’s extensive research makes this a text that is rich in information, but her writing style makes the book accessible and enjoyable by the general public.

As Druyan describes the discoveries of Voyager, the ingenuity of organisms living in some of the most hostile environments on Earth, and the principles of quantum mechanics, she also weaves in personal stories from her life and from her and Sagan’s life together. Druyan makes each topic relevant to both the larger picture of scientific discovery and our own lives in the present. As she moves toward our own, Anthropocene era, the author begins to weave in culture, religion, and agriculture as a way to show how the earliest beginnings of life are reflected in our own present days. Finishing with a retrospective of her and Sagan’s shared work, Druyan shows how our relationships, both with science and with others, illuminate some of the great mysteries of the cosmos.

This book is a love letter to life and the universe, inviting us to explore the wonder of our place in the world and how tiny we are compared to everything that surrounds us. Whether you’re reading the book as a standalone or to get more detail on the topics in the television series, this is a book that both illuminates the past and makes us feel hopeful about the present.

I had the opportunity to review a free copy of Cosmos: Possible Worlds from TLC Book Tours and National Geographic. All opinions are my own.

This sequel to Carl Sagan’s blockbuster continues the electrifying journey through space and time, connecting with worlds billions of miles away and envisioning a future of science tempered with wisdom.

Based on National Geographic’s internationally-renowned television series, this groundbreaking and visually stunning book explores how science and civilization grew up together. From the emergence of life at deep-sea vents to solar-powered starships sailing through the galaxy, from the Big Bang to the intricacies of intelligence in many life forms, acclaimed author Ann Druyan documents where humanity has been and where it is going, using her unique gift of bringing complex scientific concepts to life. With evocative photographs and vivid illustrations, she recounts momentous discoveries, from the Voyager missions in which she and her husband, Carl Sagan, participated to Cassini-Huygens’s recent insights into Saturn’s moons. This breathtaking sequel to Sagan’s masterpiece explains how we humans can glean a new understanding of consciousness here on Earth and out in the cosmos–again reminding us that our planet is a pale blue dot in an immense universe of possibility.

ANN DRUYAN is a celebrated writer and producer who co-authored many bestsellers with her late husband, Carl Sagan. She also famously served as creative director of the Voyager Golden Record, sent into space 40 years ago. Druyan continues her work as an interpreter of the most important scientific discoveries, partnering with NASA and the Planetary Society. She has served as Secretary of the Federation of American Scientists and is a laureate of the International Humanist Academy. Most recently, she received both an Emmy and Peabody Award for her work in conceptualizing and writing National Geographic’s first season of Cosmos. 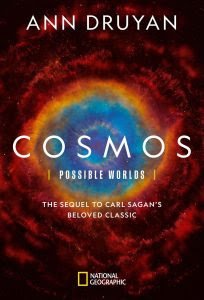