Review: The Space Between Worlds 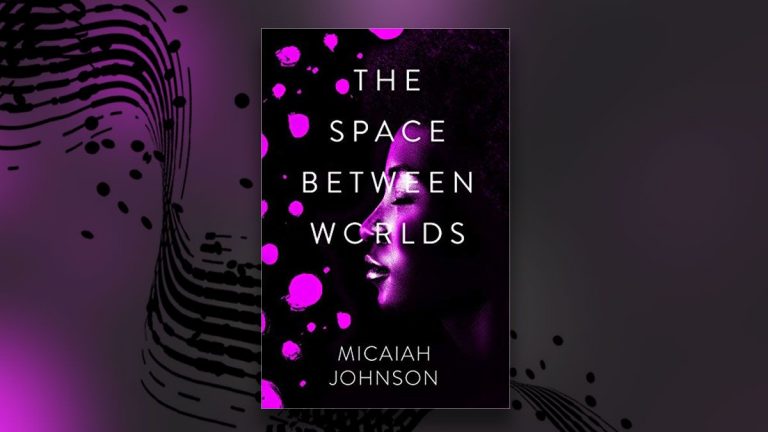 I devoured my copy of The Space Between Worlds, Micaiah Johnson’s first attempt at science fiction. This book debuted on August 4th. Her work captivated me!

The fabric of the multiverse is volatile…

The spiritual and scientific communities rejoiced when they discovered other worlds. However, this revelation led to a horrifying one. People can only travel to other worlds in which they are already dead, or that universe will reject them—lethally.

Enter Cara, confirmed dead on all but eight worlds. Eldridge, the only company handling multiverse affairs, needs her. Despite her stellar work performance, she remains an outsider, one of the “trash people.” Without Cara, though, the scientists would not be able to analyze multiverse data, as they are unable to retrieve it. After all, they live securely inside the walls of Wiley City in nearly—if not every— of the 382 universes.

Cara must navigate not only between the multiverse, but the clashing aspects of her very identity to survive, especially once one of her few remaining selves is murdered. Despite everyone warning her not to get involved, Cara stumbles upon a secret that spans across the multiverse and threatens to leave more blood in its wake than the discovery of multiverse travel itself.

My eyes were glued to this book until I finally finished it. Each universe contains characters and other elements that are both familiar and unknown to Cara and the reader. She says it herself: humans are unknowable. Even her—she understands the past actions of some of her doppelgangers, or “dops,” but others are unfathomable to our Cara. Whenever she must gamble on these actions, she is just as likely to stumble as she is to come out on top. This book is a compelling reflection on human nature that also creates a constant atmosphere of suspense.

Johnson’s writing style is sharp, biting with sarcasm and social commentary. Cara is a black and bisexual woman, and she never passes up an opportunity to provide insights about classism or various forms of discrimination. All of this is relevant to the plot, as well as the current social climate of the United States. Johnson, a California native, masterfully draws upon her own experience to fuel the multiverse presented here.

The Space Between Worlds is an excellent read if you love suspense, social commentary, ethnic and LGBTQ representation, or simply science fiction. I’d rate it at 5 stars! Follow the author on Twitter here: @micaiah_johnson.