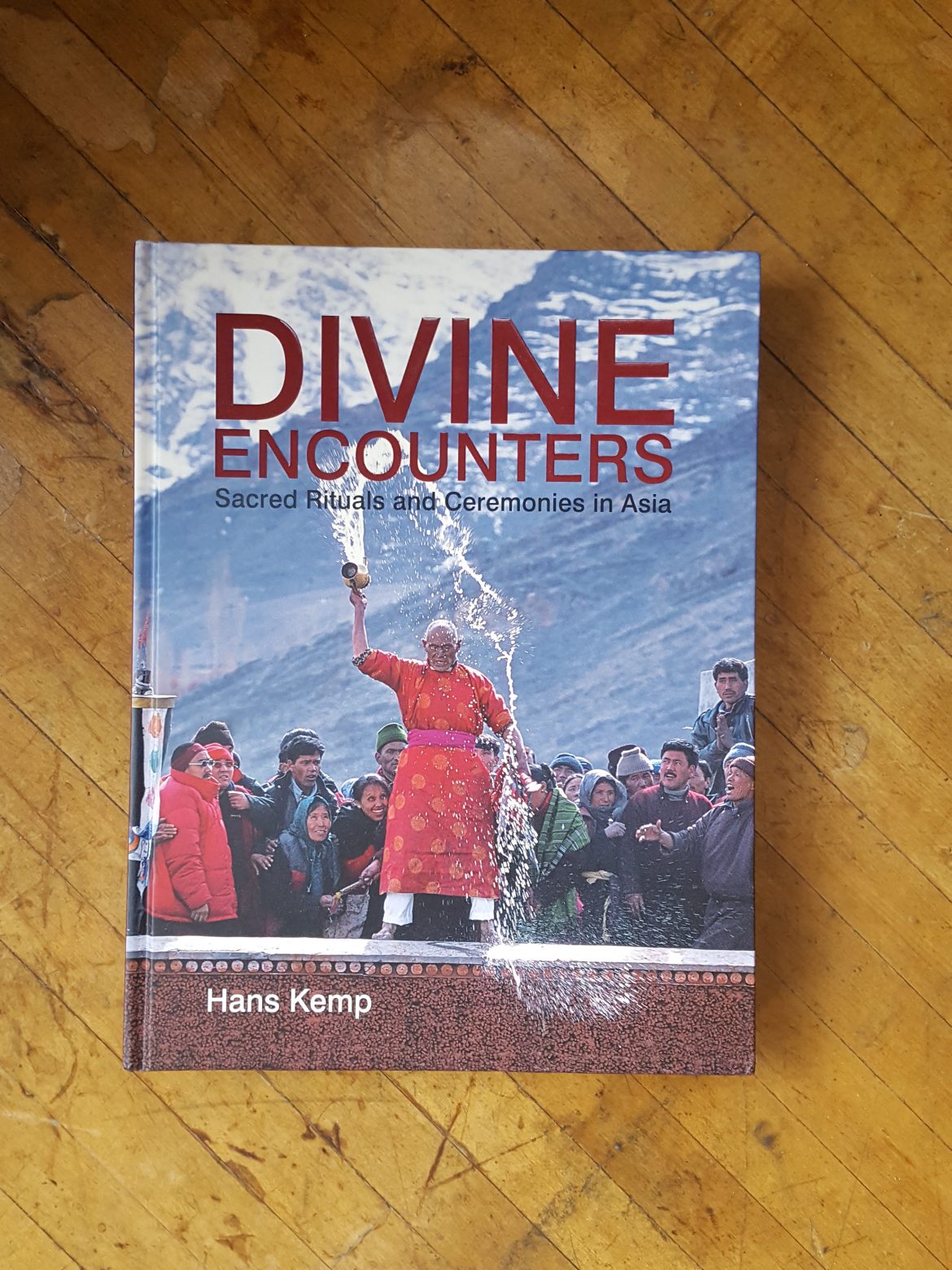 I received a copy of Divine Encounters: Sacred Rituals and Ceremonies in Asia by Hans Kemp in exchange for an honest review.

There are two different types of travel. There is a vacation, were the primary goal is to relax, preferably in a all-inclusive resort with white sands and a turquoise ocean. Then, there is travel that satisfies a deep curiosity about the world. It’s like when you were a child paging through old musty water-stained copies of National Geographic, mesmerized by the two-page feature on the great wall of China or an ancient Mayan ziggurat. As a child, these images presented a world which had been previously unknown to you, until those photographs made it real. This is the child-like sense of wonder that is fed by Divine Encounters.

The book covers a variety of religious rituals spanning the continent of Asia, including India, Hong Kong, Malaysia, Indonesia, and Japan. I learned that many of the religious ceremonies predominantly stemmed from the Hindu and Buddhist beliefs, however there were also some that were adapted from Christianity (Philippines,) and Shintoism (Japan). Each chapter covers a different ritual or ceremony with accompanying summary, map showing the geographic location it is practiced, and, of course, several half and full page photographs capturing the ritual in action.

The photography is outstanding. I liked that the descriptions are kept relatively short and the photography is not interrupted by excessive wordiness. It is a perfect balance that allowed me to really take in the event by spending more time on the images, rather then be distracted by laborious interlude. As a side note, I particularly enjoyed the entries on Japan. I studied Japanese language in high school which included some education on Shintoism.

The one aspect of this book that I thought could be better is the binding. The photography within the book is captivating, however I think the cover of the book looks textbook-ish. The book itself is big and heavy – without a doubt meant to be seen sitting on a coffee table rather then tucked away on a bookshelf. For this reason, this type of book usually has extra care taken in making the binding eye-catching with vivid color or a glossy dust jacket. The maroon-color text chosen for the title “Divine Encounters” and the muted colors of the cover give the book an overall dull appearance – and is not true to the content within.

In all, I enjoyed Divine Encounters and learned a lot. This type of book is not my typical reading, but I thrive on mixing it up, and am grateful to have had the opportunity to review this book. We often get caught up in our own little lives, neighborhoods, and workplaces. It is easy to forget that there is a whole world out there. Pay attention, you never know when you might stumble across the extraordinary. Books like Divine Encounters remind us to prepare for wonder.