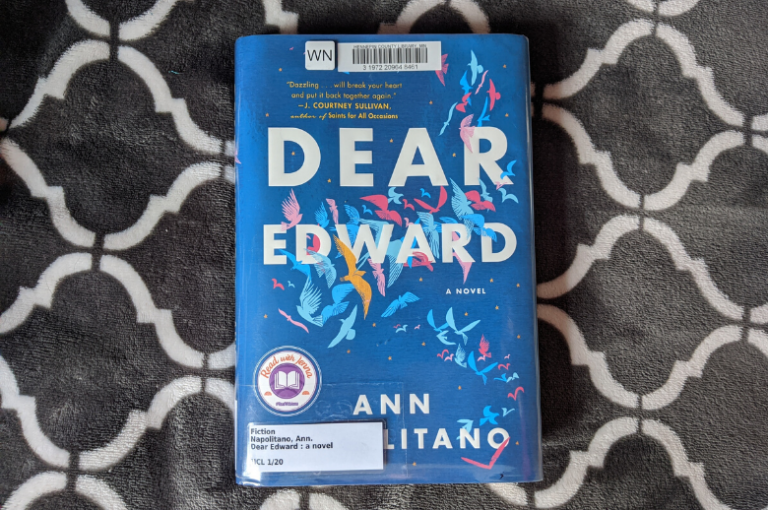 Dear Edward gave me sooo many feels. All the feels. I wondered when I started it why it seemed like so much is given away in the summary (the plane crash), but I soon saw that this book is SO much more than a crash.

One summer morning, twelve-year-old Edward Adler, his beloved older brother, his parents, and 183 other passengers board a flight in Newark headed for Los Angeles. Among them is a Wall Street wunderkind, a young woman coming to terms with an unexpected pregnancy, an injured vet returning from Afghanistan, a septuagenarian business tycoon, and a free-spirited woman running away from her controlling husband. And then, tragically, the plane crashes. Edward is the sole survivor.

Edward’s story captures the attention of the nation, but he struggles to find a place for himself in a world without his family. He continues to feel that a piece of him has been left in the sky, forever tied to the plane and all of his fellow passengers. But then he makes an unexpected discovery–one that will lead him to the answers of some of life’s most profound questions: When you’ve lost everything, how do find yourself? How do you discover your purpose? What does it mean not just to survive, but to truly live?

Dear Edward is at once a transcendent coming-of-age story, a multidimensional portrait of an unforgettable cast of characters, and a breathtaking illustration of all the ways a broken heart learns to love again.

First of all, I’m a total sucker for coming-of-age stories – even the super character-driven ones (hello A Tree Grows in Brooklyn). I’m just so drawn in by the struggles the characters are going through, trying to figure out life and the world and their place in it.

In Dear Edward by Ann Napolitano, Edward is not only going through the regular struggles of adolescence, but he’s also deep in grief over the loss of his family, plus an entire plane full of other people. Sound heavy? Well, it is, but it’s so beautiful and well done that it really doesn’t feel so heavy while you’re reading it.

This book has dual timelines. One is Edward’s life after the crash, and the other begins with Edward and his family boarding the plane, and ends with the crash. That part of the story certainly felt like speeding toward doom, since you know what happens, but it’s a much-needed glimpse into Edward’s life pre-crash, along with the lives of the other characters you meet and get to know during the flight.

The portrayal of grief in this book is just stunning. If you’ve lost something or someone dear to you and understand grief on a deep level, you’ll love how Napolitano handles it: the muddling together of Edward’s first months, the difficulty with life’s most basic tasks, and the ah-ha moments of life after loss.

I absolutely loved this book and am now recommending it to pretty much everyone. 5 stars.

It sounds like my kind of book. I love to read this kind of intense fiction with unusual plot. Added to my TBR